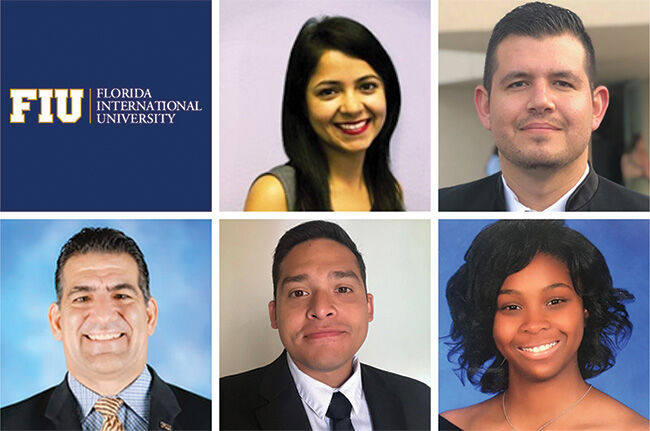 ChutneyMex, an Indian-Mexican fusion concept, made attendees hungry today and captured the win, in the first competition in which teams from four leading hospitality universities worked to "Redesign the Restaurant of the Future," presented during Restaurant Finance Week.

ChutneyMex is the brainchild of a polished team from Florida International University, who first focused on the food. "Once there were four friends," their presentation began. "They all loved experimenting with food, and this is how they stumbled upon Indian-Mexican fusion," which they believe is the first concept of its kind.

Then the team went deep, outlining demographic research that targeted Dallas for its first location to serve the high concentrations of Indian and Hispanic people. They earmarked $800,000 for the initial investment, and showed renderings of "Chutney Lane Portals," where people could pull up to get their orders.

Judge Keith Foster, BKD CPAs & Advisors, spoke for many when he said: "I live in Dallas. I didn't realize how hungry I was," then asked about return on investment. "As an investor I like to know how quick am I going to get my money back?" Tameria Benjamin, the student in charge of finance for the team, had a crisp answer. It was also aspirational—the team would like to take ChutneyMex public in 10 years, Benjamin said.

"The irrational exuberance of youth. I love it! And maybe they'll be right. A lot of large concepts that are out there started with one store," said Brian Geraghty, with MUFG Restaurant Finance and a contest judge, in an interview after the presentation.

"It was fun to get the young guns involved," he said, speaking about all four teams. "In their entirety the judges found the student presenters to be highly intelligent, enthusiastic, knowledgeable and well prepared. I think the restaurant sector in general has some exciting new blood coming from these top hospitality programs."

Common themes in the presentations were: healthy menus with organic and locally sourced foods; a high convenience factor; learnings from the COVID-19 pandemic; and smart use of technology, Geraghty said.

Anand Gala, founder of Gala Capital Partners and a judge, said he was "really impressed with how these young people think…Not only is this demographic our industry's customer for the next 10 to 40 years, it's also our workforce and our entrepreneurs. They are far more attuned to what their generation wants and how they think, whether it's limited service, walk-up service, a hybrid of ethnic cuisines."

ChutneyMex stood out because "it was extremely well thought out from a concept perspective. It's something that does not exist in the market today, so they're not competing with a whole category with incumbents and preferences established. However, the foods were familiar," Gala said.

Would he invest in something like this? "I would. But typically we'd like to see someone take some steps to refine it. Our investment profile is north of 20 units," but Gala Capital has invested in concepts with five units. "This would be something we'd be intrigued by."

Three other teams competed with intriguing ideas. University of Texas Rio Grande Valley created Pronto, a mobile app designed "so users can experience the world from their kitchen," and fulfill the "wanderlust" for customers stuck at home during COVID.

Users can choose recipes from around the globe, have those ingredients auto-filled by Instacart (my favorite feature) and delivered to the door, along with articles and info about the origin of the food.

Michigan State University presented The Greenhouse, a concept that reimagines the Automat, which the team said dates to 1895. At 1,200 to 1,500 square feet, with loads of windows, natural light and indoor plants, the LEED-certified restaurant features lockers with a hot side and a cold side where customers grab their food.

This article was updated with comments from judges Brian Geraghty and Anand Gala, who were interviewed after the presentation.