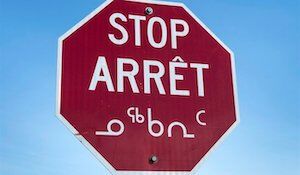 In Quebec, multi-lingual road signs are a frequent source of contention. Edible Arrangements franchisees there are suing the franchisor in part over claims it violated French language laws.

Franchisees of five stores in Quebec are suing Atlanta-based Edible Arrangements, claiming the fresh-fruit bouquet franchisor has "totally abandoned them," violated Quebec French language laws and has "poor knowledge" of conducting business in the Canadian province where French was declared the official language in 1977.

Their lawsuit is similar to one filed by their U.S.-based counterparts last spring, but includes the additional grievances over claimed missteps in a foreign market. "As an example of Edible's absence of support, Edible has no head office in Canada and its previous representative for Canada, namely Mr. James Cimms, did not even have an office in the country," the lawsuit claims, at a time when there were 59 Canadian franchisees.

Both the former and current representative for Canada, the lawsuit claims, "do not speak French and Edible simply does not have any adequate Quebec representative in charge of supporting its franchisees in that province."

The best-performing Edible Arrangements store in Quebec generated 50 percent lower sales than the best store in Canada, the lawsuit claims. "This data is even more appalling as the Montreal market has the best ratio of stores versus population and should therefore, proportionately, generate amongst the highest sales in the country," it continues.

The three franchisee groups who are plaintiffs in the lawsuit are asking for $2.7 million in damages total.

In a lawsuit filed in March 2020, an association of Edible Arrangements franchisees in the United States that claims 500 members sued the franchisor, alleging "self-dealing" by the franchise's founder, Tariq Farid, and his affiliate companies. At the time, Edible Arrangements declined an interview request, sending this statement: "As a matter of policy, we do not comment on pending litigation."

Edible Arrangements posted systemwide sales of $442 million in 2019, down from $501 million the year before, for an 11.8 percent decline, according to the Franchise Times Top 200+ annual ranking set to publish in October. In 2018, its sales declined 10.3 percent from the prior year.

In July, Edible announced in a release "record-breaking performance" for the first six months of 2020, with sales up 18 percent total and U.S. company sales since April 1 up 70 percent.