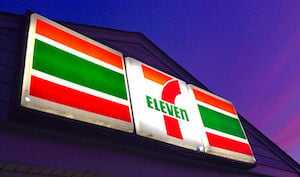 Judge John Walter dismissed with prejudice a claim that 7-Eleven's franchisees should actually be classified as employees.

The case, whose plaintiffs were seeking class-action status, pressed the idea that 7-Eleven exercises so much control over its operators, they should be classified as employees rather than independent contractors.

Not so, said Judge John Walter. "The court concludes that plaintiffs have not demonstrated that 7-Eleven exercised the type or degree of control necessary to create an employment relationship between the parties," he wrote in his dismissal March 14. "In addition, the court concludes that the other factors relevant to the issue of whether an employment relationship exists under the FLSA," the Fair Labor Standards Act, "weigh heavily in 7-Eleven’s favor."

As I wrote in the January issue of Franchise Times, the presidents of all 43 7-Eleven franchisee owners associations voted late last year to skip the 7-Eleven Experience to be held in February this year, in part to protest what they said was 7-Eleven’s decision "to suspend communication with all of the organizations in the system" after Haiyatan v 7-Eleven was filed.

"Do you know the song, ‘Every Breath You Take,’ by Sting?" said Eric Karp at the time. He is general counsel of the National Coalition of Associations of 7-Eleven Franchisees, and a partner at Witmer, Karp, Warner & Ryan.

"There’s a chorus that says, "Every move you make, every step you take, I’ll be watching you," and the chorus reminds him of what 7-Eleven franchisees feel in the stores, Karp told Franchise Times at the time.

"There is no system in the country that comes close to the pervasive controls that SEI exercises over every franchisee in the United States," and that is what the lawsuit is about, said Karp, referring to Haitayan v. 7-Eleven.

Karp declined to comment for this article, and said no one else at the National Coalition would comment, either.

Norman Leon of DLA Piper represented 7-Eleven Inc. in the lawsuit. In a FranCast alert issued yesterday by his firm, he wrote that most franchisors and attorneys have been busy worrying about the proliferation of joint employment claims of late, and this concern "has overshadowed the risks" presented by employment claims over misclassification. He declined my interview request at 7-Eleven's behest.

Leon noted three "takeaways" from the decision in the FranCast bulletin. First, there is an "inherent tension" between the tests that govern joint employment and misclassification claims, and attorneys defending these claims should try to ensure the court understands "franchisors are required to exercise certain controls over their franchisees’ operations."

Second, "the California courts remain strong defenders of the franchised business model," he wrote, citing a number of other cases. "California’s body of law on these issues is currently one of the most settled in the country."

"Finally, while many commentators have spoken about the importance of reviewing franchise agreements and operations manuals to minimize joint employment risks, that advice is equally important concerning claims for misclassification," Leon wrote.