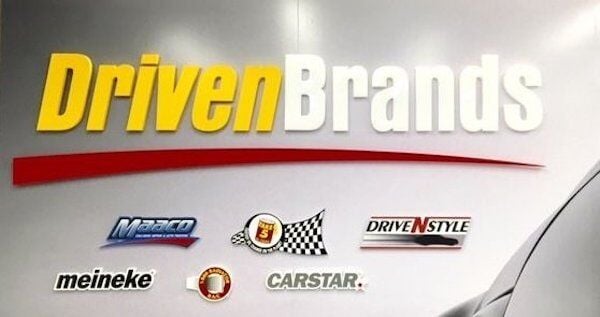 Driven Brands Holdings Inc. raised $700 million in its initial public offering yesterday, selling almost 32 million shares, down from a planned 38 million, for $22 each. That's 19 percent higher than its initial range of $17 to $20. The IPO set a couple of records, too, according to BofA Securities, bookrunner on the deal.

It's the only retail IPO over $500 million to price $2 above the range in Wall Street history, and the highest file-to-offer of any consumer & retail IPO over $500 million, according to an email from BofA. Investors liked the "hot topics" that Driven Brands satisfied, including "franchised," "very little market share with massive TAM" or total addressable market and "Amazon-proof services," the note said.

DRVN now trades on Nasdaq, with shares trading on its first day, January 15, just above $28 at noon Eastern time. For fiscal year 2020, the company projects $897 million in sales and $267 in acquisition-adjusted EBITDA, or gross profits.

Private equity firm Roark Capital retains a 70 percent stake in the company, which it acquired in 2015. Proceeds will go toward paying off $722 million in debt from the acquisition of ICWG, International Car Wash Group, in August 2020.