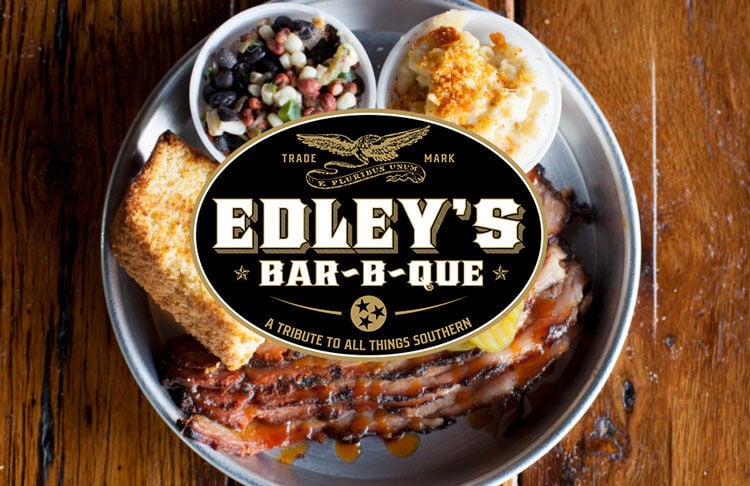 Edley's Bar-B-Que is a few months into life as a franchisor and it already has its first franchisee.

Will Newman and his wife Catharine founded the bar and barbecue restaurant in 2011 in Nashville, and since then it's grown to five locations in the area with another three in development. Newman said the city isn’t known for barbecue, but a spicy pork butt might just change that.

"We've been working to create a Nashville style. We do have a Nashville style pork, what we do there is marinate our butts 24 hours in a habanero pepper mash, then we smoke it for the traditional 12 hours, so it’s a 36-hour process but it creates a unique flavor that’s pretty hot," said Newman. "It's taking Nashville hot chicken and marrying that to pork."

The restaurants also feature barbecue hits such as, pulled pork, smoked wings, turkey breast and all manner of sides and sauces to boot. He said the smoked brisket sandwich made with prime brisket and jalapeno pimento cheese is very popular, even being named best sandwich in Nashville.

Apart from sending that mouth-watering food and the Nashville vibe across the country, Newman said he wanted to start a franchise to share the unique brand with folks like himself. He started a franchise directly out of college.

"Franchising has been in my DNA for a long time. Straight out of college, I bought into Marble Slab Creamery. I opened that in 2001. So I've been in franchising and it was very special to me because it laid the foundations of my business principles in an environment that was safe," said Newman. "As long as I worked my tail off, I had a good chance of success."

He parleyed that success into his current restaurants and said he wants to help franchise partners do the same. The move to a franchise model alos meant getting some smart industry professionals in the mix.

To do it right, "you hire super smart people, people way smarter than me. Our president, Chris Beckler has a long, very amazing track record in operations in some very large outfits mainly based in Nashville like O'Charlie's and Craftworks. He was the developer of new store openings for Logan's, so Chris is really responsible for the tremendous job we've done on operations," said Newman.

He said they also created a robust, six-week training program in the Nashville locations run by a woman with a deep background in training. The three locations in development are essentially a test case for the final prototype, the operations manual and the training.

Newman cautioned, however, that it's not a simple brand.

"One of our core values is, 'We're doers that do it the hard way.' We won't pretend you can take shortcuts in barbecue, if you take shortcuts and you do the big commissaries and vacuum seal it and boil it back up, you are setting yourself up for failure. The only way to succeed in barbecue is not to take shortcuts. You're preparing today for tomorrow, so you just can't cheat the system," said Newman. "Low and slow, it's not something you can wish away."

He said despite the initial franchisee already on the books and scouting locations outside of St. Louis, the growth process will also be low and slow.

"We're very honest about the people we look for. People that have some passion for barbecue will be on that list," said Newman. "It will be low and slow; it will be very deliberate and it will be all about finding the right partners. If, for whatever reason, the marketplace and we're not finding them, there's no reason for us to grow. Franchising was hugely impactful in my development, and I just want to give that to others who really want to do barbecue."

According to the company FDD, the investment falls between $1.16 million and $1.6 million and brings in an average gross sales volume of $3.2 million.