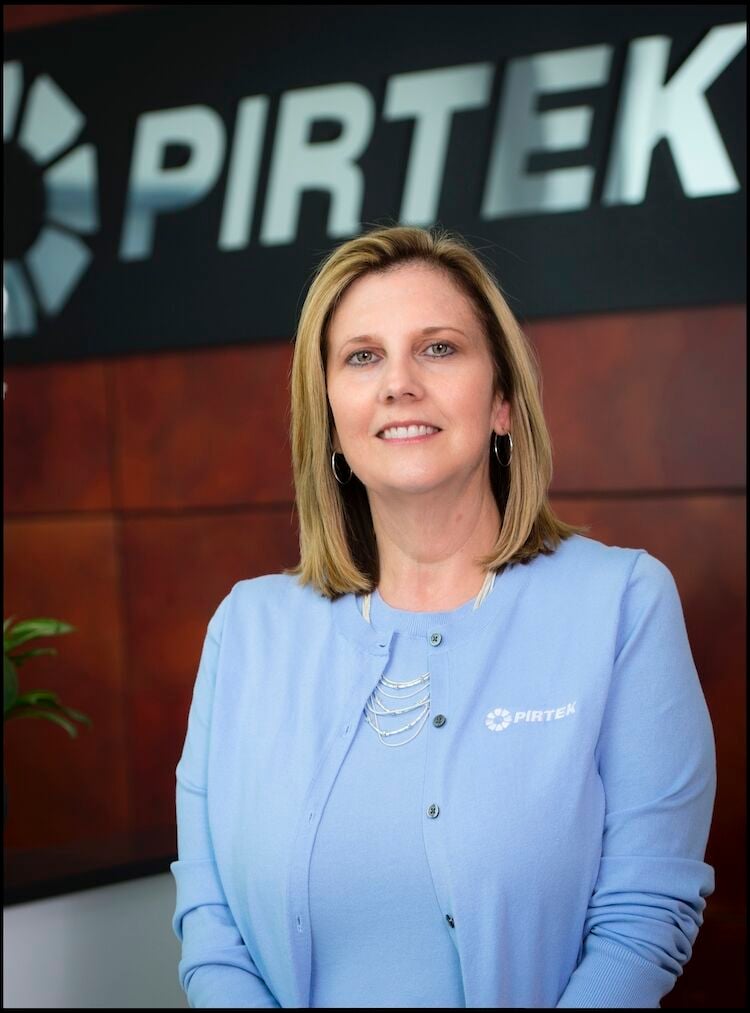 "I am a driven person. I like to feel like I'm able to contribute something to the company I'm working for, that's important to me," said Kim Gubera, CEO at Pirtek USA, the hydraulic hose repair and replacement franchise.

Kim Gubera can trace her ascent to the CEO role at Pirtek USA back to her late grandmother, an office manager in the pulp and paper mill from the Florida town where Gubera grew up.

"She kind of worked in a man's world," Gubera said. "It kind of prepared me for what I didn't even know was coming."

After working for U.S. Lawn and its parent company for a combined 26 years, she joined Pirtek as controller in 2016, then CFO in 2018, then chief executive last year. The niche franchise, founded in Australia and entering the U.S. in 1996, repairs and sells hydraulic hoses to keep industrial and construction equipment operating. Franchisees, many with engineering backgrounds, have a mobile repair service business and a bricks-and-mortar warehouse to sell hydraulic hoses.

She expects unit count to hit 100 by the end of 2020, up from 52 when the founding family of Pirtek in 2014 bought back the master franchise agreement and took over the U.S. operation. "Since then we've been experiencing a lot of growth," she said. "There's a billion dollars of hydraulic hose repair every year. There's a lot of work out there."

Nick Ridgway, director of franchise development, describes the product line this way: "Anything that moves air, water or gas—fuel lines, propane lines, power steering lines." He said cost of investment for a Tier 1 Pirtek franchise is $500,000 to get open plus $250,000 working capital. A Tier 2 franchise, in which operators will have a three-year growth plan, costs $100,000 to $150,000 to open and then another $100,000 in working capital.

Gubera began her CEO job with a listening tour. "I made a commitment to go out and visit every single one of our locations. I completed that in 2019," she said. "I sat down with every single owner. It was the smartest thing that I ever did.

"I needed to get in front of these people to hear their story, and to hear the good, the bad and the ugly of their Pirtek journey. It helps me every day, to make decisions."

When COVID-19 hit, "We called every one of our franchise owners every single day for eight weeks. We made 2,200 phone calls. During that time, people wanted to talk to people," she said. "This year has been like no other, but we were determined to get all of our franchise owners over the line, and fortunately we have not had any closures" that were permanent.

Gubera didn't finish her education right out of high school. "It took me a very long time, because I did it at night. It took me nine years, and then I sat for my CPA exams too. I was 36 when I finished my master's degree and then right at 40 when I became a CPA. I didn't do it the short way. I did it the long way," she said.

"I am a driven person. I like to feel like I'm able to contribute something to the company I'm working for, that's important to me. I've always been a person to value education. I don't think it's everything, and that's why I don't like to talk about it a lot," she said.