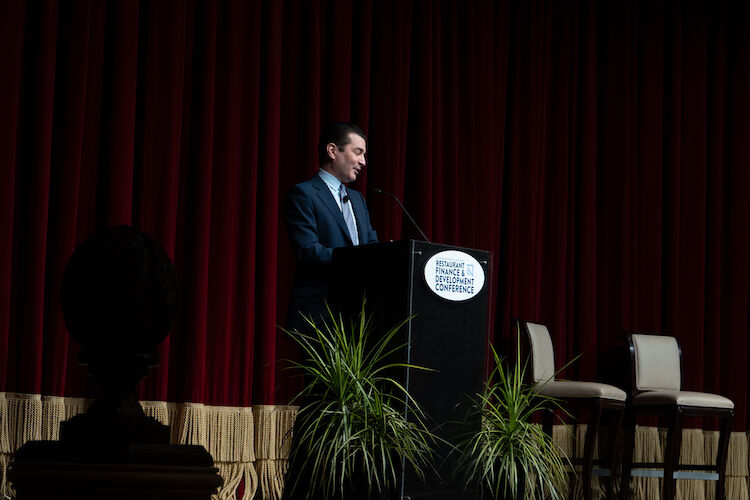 Former FDA Commissioner and Pfizer board member Scott Gottlieb, M.D., had a welcome prediction on opening day of the Restaurant Finance & Development Conference, telling restaurant operators and financiers that by January the worst of COVID-19 in the United States should be behind us. "This is the end of the pandemic, the next couple of months," he said.

"I think this is the last major wave of COVID infection that we're likely to see, this Delta variant," he said, adding holiday gatherings indoors will lead to a slight uptick but then a waning. "Barring something very unexpected, we could really be through this, and through the pandemic, and through the COVID ordeal."

He likened the United States' future to the United Kingdom's experience. "The U.K. is basically back to normal. Pubs are full, restaurants are full, people aren't wearing masks. They had a bump up, and now they're stabilizing again, and that's what is going to play out here. After we get into January, we'll get into a situation where prevalence is low and the more acute phase will be in the rearview mirror," said Gottlieb, the 23rd commissioner of the Food & Drug Administration.

"If you look at the data, probably about 80 percent of all Americans have some sort of immunity right now, either through vaccination or through exposure, and that includes children as well," he said. "The overall impact of this virus is going to start to go down. It's going to go down because of the technology," including vaccines and now new drugs in pill form that in Pfizer's case was announced last week to reduce hospitalizations and deaths by 89 percent. Merck also has an oral antiviral pill in the works.