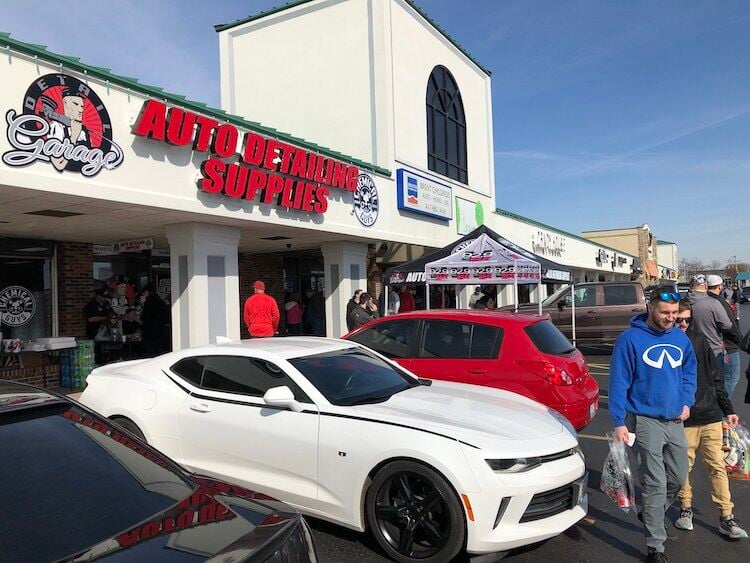 Gil Gonzalez became Detail Garage's first franchisee when he bought store No. 4, in 2016 in California, and has since added two more auto-detailing locations. "We just kept working the Detail Garage model," he said, including through 2020 when his stores posted 50, 60 and 64 percent sales growth compared to the prior year.

He notes the Detail Garage model has improved substantially since the early days, with a beefed-up management team offering much stronger support to franchisees, particularly since Chief Revenue Officer John Mansfield joined in 2018. During COVID-19, he said, corporate's contributions were swift and effective.

"It came from corporate. They were able to manufacture hand sanitizers and kind of like switched out when the whole thing happened and we were able to stay open. We had a lot of our customers from the police department, they had to stay open, from the fire department. We would manufacture hand sanitizer, we donated some of that and then there was a scarcity," Gonzalez said.

"We have cleaning supplies. Our fire department and police department, they are familiar with the products, but now they need to really clean it. We saw a lot of movers, your DoorDash delivery guys, there was an increase in that," he said.

"On top of everything we have a great, great customer base. A lot were working from home or staying at home, and besides doing some home renovations, the other thing is the car. The first thing was cleaning the car, or working on the car."

In a press release late last year, Detail Garage said five of its franchisee stores were having their best year yet in sales, all in California. Colton was up 104 percent from the year before; Riverside up 79 percent; Concord up 78 percent; Montclair up 59 percent; and Fresno up 55 percent. Its original company-owned location, in Gardena, California, was up 70 percent, the company said.

One major change was the launch of Detail Garage To Go, the first ecommerce site that franchisees could use; before franchisees could sell only bricks-and-mortar orders. "Customers could order online and pick up in stores," Gonzalez said, adding the new support from Mansfield and his team "is a game-changer because now you can rely on somebody."

Detail Garage was the target of a lawsuit last February by Cardinal Investments, an Arizona franchisee who accused the franchise's founders of running a "shell franchise operation" and "anti-competitive scheme," with the plaintiffs' main complaint being the lack of ability to sell products online. Mansfield said the lawsuit was settled, with corporate buying back the franchisees' stores in August 2020.

"As we started to dig into Detail Garage in particular, everyone's looking for that true experiential retail. The reality in the case of Detail Garage, not only was it surviving the retail apocalypse, it was thriving," Mansfield said. "It had all of the bones and all of the foundation; the tricky part came down to, we needed to put structure in place. That's what the team and I were focused on, especially in 2019."

Detail Garage's goal is to get to 100 open locations this year, up from about 70 now, Mansfield said.