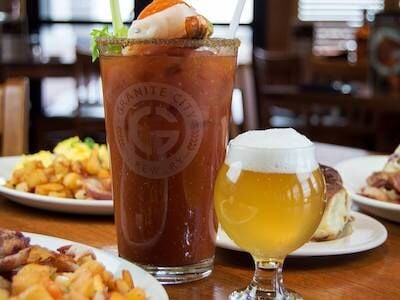 While neither terms nor the purchase price were disclosed, Granite City had arranged a stalking horse bid of $7.5 million at the time of its Chapter 11 filing. Jeff Crivello, CEO of BBQ Holdings, said in an interview after the announcement February 13 that Granite City has its own 2020 plan, "So we’ll let them execute that and determine in the next 60 days" what steps to take, including any additional restaurant closures. Last year Granite City closed seven restaurants.

A sale hearing is set for February 21.

"We were looking for a concept with a high alcohol mix," said Crivello of what he wanted in BBQ Holdings’ first major deal since forming in September 2019. He also expects to find synergies across culinary and marketing programs, such as putting Granite City’s beer—it makes its own at a brewery in Iowa before finishing the different types at microbreweries in each restaurant—in Famous Dave’s locations and barbecue on the Granite City menu.

In its bankruptcy filing, Granite City CEO Dick Lynch blamed the chain’s decline mainly on a downturn in shopping mall traffic and increase in food delivery. "Consumers developed a preference for eating takeout or delivered food in the comfort of their own homes, as opposed to spending time for a sit-down meal at a casual-dining location," Lynch said. "This led to declining foot traffic in shopping malls and retail outposts where many restaurants, including most of the debtors’ restaurants, are (or were) located."

BBQ Holdings doesn’t plan to franchise Granite City, but "if a Famous Dave’s franchisee wanted to open a Granite City or convert a location, we’d be open to that," noted Crivello.

More deals on the horizon?

Though BBQ Holdings was formed with future acquisitions in mind, "We’re very patient," Crivello said, and "no other major acquisitions" are planned for 2020. There are, he conceded, "a couple of one-offs that make a lot of sense." One of those one-offs could be Old Southern BBQ, the restaurant concept launched by Famous Dave’s founder Dave Anderson (who’s back with the franchise) that’s now up to four locations. That move isn’t planned "at this time, but it’s one, certainly, that would make sense," said Crivello.

Right now, he stressed, the company is focused on the Granite City deal.

"We’re very excited, everyone within the company is excited," he said. "There’s a lot to learn on both sides."

Famous Dave’s itself has been fighting declines—systemwide sales fell an estimated 4.2 percent in 2018 to $363 million, according to Franchise Times Top 200+ data—but same-store sales were improving slightly through the third fiscal quarter of 2019. Franchise Times will have more on Famous Dave’s turnaround efforts in an upcoming issue.