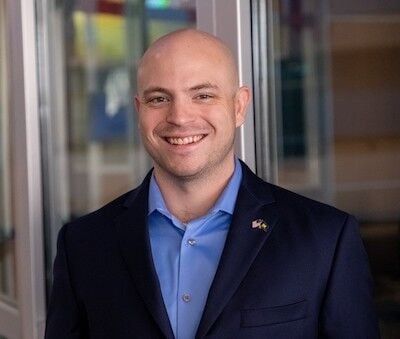 Army veteran Raymond Kusch is Fit20 USA's first investment partner and newest shareholder, as well as a member of the board of directors. 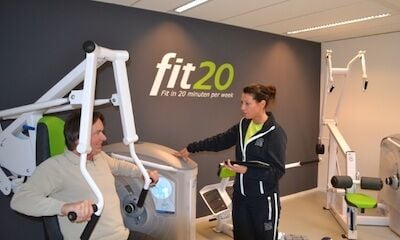 Raymond Kusch joined the U.S. Army four days after his 17th birthday. Then in 2012, an IED blast in Afghanistan left him severely injured, ultimately causing him to lose his left leg. Nevertheless, Kusch went on to attend the University of Michigan-Flint and even played club hockey with a prosthetic leg. He graduated last December and received the Maize and Blue Award, the highest academic honor bestowed upon a student. This year, he was selected for the International Disabled Hockey World Cup and was named USA Hockey’s 2020 Disabled Athlete of the Year.

At 29 years old, Kusch is also the CEO and founder of consulting and investment firm Kinvesting, in addition to founding companies such as UMG Events and American Professional Gutters. It was during a franchise management program at Georgetown University where Kusch met Ben Litalien, Fit20’s chief development officer. Litalien had put together a franchise training course for wounded warriors and disabled veterans, and Kusch was drawn to the concept.

An advocate for veterans and those living with disabilities, Kusch tried the Fit20 workout and found it challenging and intense, yet accessible to all ages and abilities. Now, Kusch is Fit20 USA’s first investment partner and newest shareholder, plus a member of its board of directors.

"He felt strongly he could be an advocate for Fit20 methodology, and as we visited with him about his interest, he wanted to not only support our franchise growth but also invest in the company," Litalien said. "The shareholders were willing to provide him the opportunity to become an owner in the master franchise, and we couldn’t be happier to have such a high-quality person who has overcome such significant challenges in service of our country."

Founded in the Netherlands, Fit20 features a 20-minute slow-motion workout once a week with a certified personal trainer. With studios in Virginia, Florida and Michigan, Fit20 uses a circuit of specialized strength-training machines for a full-body workout. There are no mirrors, group workouts or music, which helps to differentiate the concept in the competitive fitness sector.

Litalien plans to work with Kusch on expanding their presence and reach in the military sector with veterans and service-disabled veterans.

"They respect and understand that he knows their world and situation, and (Kusch) feels strongly that this is a good franchise model for somebody with a military background, injured or not," Litalien added. "It’s been interesting, we’ve had members who have multiple sclerosis (MS), recovering from a stroke with paralysis, grown children with autism—there’s almost a sub-culture of folks who might not feel comfortable in a traditional gym setting that have really benefited from participating in Fit20."

The brand offers three membership models—duo, flex and solo, which range from $100 to $200 per month on a subscription basis, depending on location. The low-labor model handles calls centrally and only requires personal trainers, one of which can handle up to 100 members.

There are more than 125 studios in the Netherlands, and with the U.S. being hundreds of times larger than the Netherlands, Litalien is hopeful their aggressive growth plan will help to quickly build out the concept.

"I ask people, ‘how long do you wanna keep your teeth, your whole life? Then you need to brush regularly,’" Litalien said. "Strength is the same way—how long do you want to be active with your kids and grandkids, or keep doing active things? Unless you’re doing something specifically in strength training, it’s going to diminish your capabilities. Twenty minutes once a week is like brushing your body, but keeping your body fit."