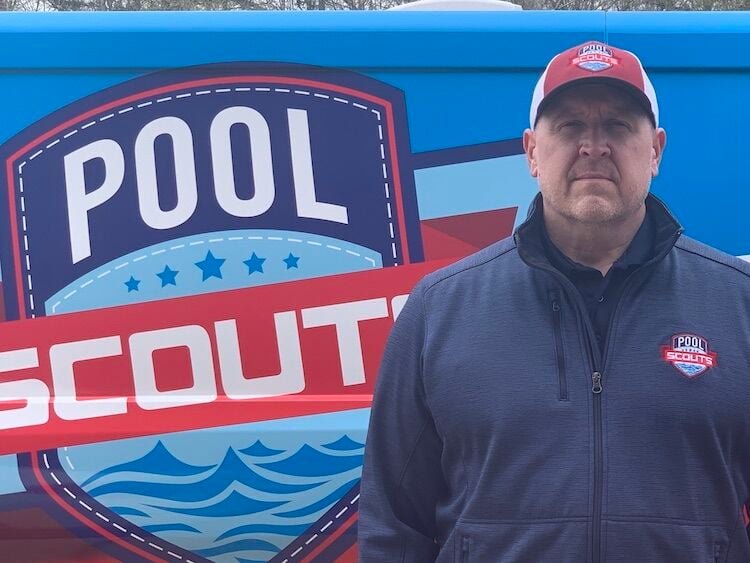 From the moment Tim Burke became the manager of basketball operations for the former Charlotte Bobcats (now Hornets), it was all about trial by error.

“One of my main roles was getting the practice facility in Fort Mill ready to go in four to five months for the team. Getting that up and running felt very similar to getting a franchise going,” said Burke, who opened a Pool Scouts and a GymGuyz franchise in Charlotte, North Carolina, during the pandemic.

GymGuyz—an in-home personal training mobile service, is one of those brands that seems like it was born out of a pandemic, but it was actually founded in 2008. Pool Scouts, which mainly services residential swimming pools, has seen a systemwide year-over-year revenue increase of 44 percent as homeowners were building and spending more time in pools after COVID-19 hit.

“We found Pool Scouts first and we loved the idea of having a home office-based business so that I could still be part of my family's life,” Burke said, a stay-at-home dad. “Having our business working out of our home allows me to still be able to pick up the kids from practice or run an errand when I need to.”

Burke wanted another business to complement Pool Scouts, and with a background in managing basketball and his degree in exercise science, he and his wife started looking into health and fitness brands. They attended a discovery day for GymGuyz and felt an immediate connection. “The entire corporate team was so enthusiastic and excited about our interest in the brand,” he said.

They were able to open their GymGuyz business in North Charlotte in early July 2020, while their Pool Scouts didn’t open until this month on March 1. “The timing of opening our franchises were definitely tough and we had a lot of things going against us, but we just kept pressing forward,” Burke said. Now, they already have recurring customers, he said. But opening two businesses during a pandemic wasn’t easy.

Opening their Pool Scouts territory was more seamless since much of the business can be done with limited in-person contact, Burke said. “It also helps that, as far as marketing, we’re advertising to homes that have pools, which makes it easier for us to target our services.”

In addition to providing Burke with a franchise business coach, the corporate team at Pool Scouts has been supportive of him since the beginning, he said. They came out to his location last week and helped guide Burke and his team through three days of full training. “They've been supportive as we learn the steps of running our franchise,” Burke said, and they get back to him quickly whenever he has questions.

GymGuyz was tougher to get it off the ground, he said, since they opened their franchise at the height of the pandemic when people were hesitant to let other people into their homes. Burke and his team ended up doing many workouts in garages and backyards of homes, and the corporate team at GymGuyz held weekly check-in meetings and visited Burke to help troubleshoot some hiccups his team was experiencing.

“Honestly, I wish I had known how long COVID was going to be around. Really, the magnitude and length of COVID would have been something that would have been helpful when opening both businesses,” Burke admitted. “I also wish I had a better understanding of marketing and sales because it's something I didn’t have experience in before opening my own franchises. Now, I'm out there where I have to lead and push myself out of my comfort zone in order to get new business every day.”

He advises first-time franchisees to work with someone such as a franchise consultant—he and his wife hired FranNet—who can find you a wide variety of options to pursue. “Don’t fall in love with the first thing you find or only the franchises you're passionate about,” he said, and “speak to as many people as you can at the franchise…and not just the ones the franchisor may offer.” He also recommends that prospective owners investigate any nagging questions before signing.

“Owning two businesses is very time-consuming. It can feel like when you're working on one, you're ignoring the other,” Burke added. “I’m working toward eventually finding someone that can help me run the day-to-day operations so I can know I’m putting the right focus and effort into each.”