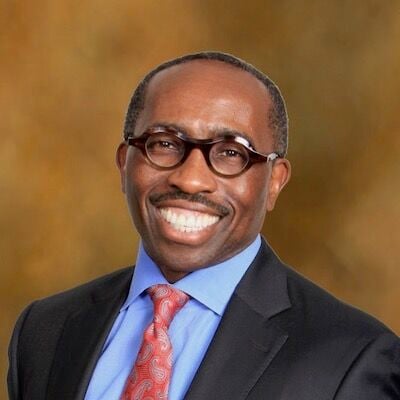 “We want to make sure we have people in our organization who are committed, not just complying. I can train you all day, but if your heart isn't in it, that eventually will come out," said Clyde Rucker, CEO of franchisee group Rucker Restaurant Holdings.

Clyde Rucker owned 80 Jack in the Box and Denny’s restaurants in Arizona and Texas as of 2019, and previously held corporate roles with KFC, Burger King and Quiznos. I spoke with Rucker, CEO of Rucker Restaurant Holdings, about how businesses and franchise leaders should be responding to the killing of George Floyd—an unarmed black man who died on May 25 after former Minneapolis police officer Derek Chauvin knelt on Floyd’s neck for almost nine minutes while Floyd was handcuffed face down in the street.

"These kinds of things have happened not just now, but certainly in the past, and goes beyond being a business owner," Rucker said. "Social injustice issues—these are things that as a business owner, you definitely have to be sensitive to, and you have to be willing to engage with the general public in curing this illness that we have out there."

"It’s uncalled for, and we all have to take a position of no tolerance of any kind of biases in the workplace, and more specifically, any kind of racial injustice in our workplaces and our businesses," Rucker said.

If just one employee is allowed to behave in a racially-biased way, others will see that behavior as acceptable, Rucker said. Franchisees and other business leaders need to make sure managers and employees know what the organization stands for, and also what they won’t stand for and make sure those who violate that are held accountable.

"Aside from that, we need to find ways to help the communities we serve deal with these issues of social injustice," Rucker said. "I’m trying to work with specific contacts I have outside of business, more of my social contacts and other organizations I happen to be a part of…One thing I think we have to do a better job of is identifying opportunities where we can serve our communities in a way where employees can participate and get involved."

At his franchise group, Rucker previously implemented anti-discrimination and specifically anti-racist trainings for managers and employees, but plans to ramp up communication throughout his entire organization after the killing of George Floyd.

"While we have the training, we’re going to have to enhance that training broadly to include social injustice, not just in the environment we work in, but also having folks educated or putting more education out there outside of our organization," Rucker said. "It’s both inward and outward training we have to do in order to be able to make sure we are doing our part as an organization to help the communities we serve."

While anti-discrimination programs are a good start, people often look at programs as having end dates, Rucker said. To create long-lasting change and cultural transformation within your organization, Rucker stressed the importance of ongoing training and making that process a fabric of your workplace.

Rucker also highlighted the key difference between complying with anti-racist training and being fully committed to anti-racism.

"We want to make sure we have people in our organization who are committed, not just complying," Rucker said. "I can train you all day, but if your heart isn’t in it, that eventually will come out. We need to get to the hearts, minds and souls of people we work with and interact with, so those folks understand and start to gain more of a commitment."

Rucker said executives all over the country are watching to see how businesses respond in Minneapolis, then using that reaction as an education point to learn from, given the fact that local businesses experienced the impact of protests and riots front and center in their backyards.

"I think the thing I would say is to stay involved, because this is all going to obviously reflect back on George Floyd. There's a real opportunity for us as businesses to make sure that he is able to have a phenomenal memory and that this doesn't get lost," Rucker said. "This is a turning point for many and a chance for us to create sustainable change, and specifically starting in Minneapolis, there's gotta be sustainable change that takes place in order to affect the social injustice that took place here."