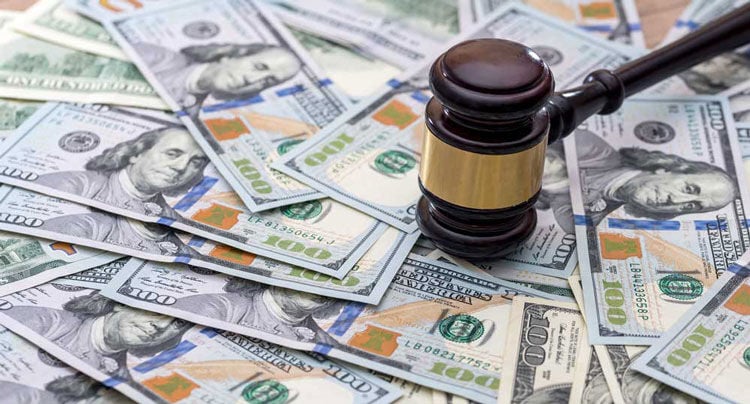 A year after entering a merger plan with Just Eat Takewaway.com, Grubhub is defending itself against a handful of shareholder lawsuits. In all, 14 lawsuits have hit the courts alleging various issues in the merger agreement.

One suit alleges the company violated key Securities Exchange Commission guidelines, another alleges the sale process was flawed or key information was missing and that key stakeholders have a vested financial interest in pushing the sale through. In a suit alleging the latter, plaintiffs said Grubhub founder and CEO Matt Maloney and other key leaders had financial interest in taking the deal and future positions within the combined organization. That, read the lawsuit, put their interests ahead of shareholders.

If they are not withdrawn, the suits could slow down the merger or potentially torpedo the deal if Grubhub is found in breach of SEC rules.

Such suits are not unheard of in large M&A transactions, but Grubhub offered some updates “in an effort to put the claims that were or could have been asserted to rest, to avoid nuisance and possible expense and transaction delays, and without admitting any liability or wrongdoing, Grubhub is making certain disclosures,” read a statement filed with the SEC.

Grubhub responded to many of the allegations with updates to the initial merger agreement issued a year ago.

On the topic of exploring all potential acquisition suitors, the company expanded a section of the merger statement to reiterate that “these exploratory conversations did not progress beyond preliminary discussions, and before commencing more comprehensive due diligence, in May 2019 the parties mutually agreed to end the discussions,” read the statement.

The price of the acquisition also came up in the update. Grubhub pointed to financial analytics firm Evercore as a third party that helped guide toward a final price based on their expertise and current market prices. The statement goes into deep detail on how Evercore, Grubhub and Just Eat came to the final number. At the end of that process, “this analysis indicated a range of implied share prices per Grubhub share of approximately $40.63 to approximately $55.58,” read the statement.

The final price was $75 per share, a nearly 30 percent premium to the share price at the time of $59.

As for the big question of self-dealing, Grubhub clarified that the renumeration policies were standard and would be subject to JET shareholders’ approval.

An initial pay package for Maloney was not approved by shareholders, as Food On Demand covered at the time. Shareholders did not approve his up to $7.45 million annual pay with incentives (on top of a $745,000 base salary).

A final key item that was sought in some of the lawsuits was more disclosure around how the company would perform. Grubhub updated a key financial performance chart, as seen below.

Time will tell if the additional disclosures and clarifying points assuage aggrieved shareholders. For now, the deal is moving forward. Check out the full statement from Grubhub for deeper detail on the updates.