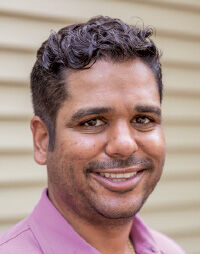 When you joined the company, it wasn’t built to scale. What happened?

I got involved in 2011; it was at eight locations and my dad was content. He didn’t want to grow anymore, but we went on a little growth spurt. In the last eight years we’ve added 50 locations.

Eight to 60 is a lot to take on. How did you approach growth?

We didn’t buy 50 locations; we grew into it. As we grew, we were able to take on the issues efficiently in stages, not all at once. We acquired stores and built stores. Our biggest year was nine, but on average we open three to five a year at minimum.

What did it take to address those issues and get the family on board?

Technology has helped us a ton; I think tech was the differentiator. We used to drop off payroll checks and it was things like that that we had to get out of doing. It was a slow process, and we have slowly converted to new technology. And within that my dad gave me the reins to mess up and I did that a lot, but I do believe that your best teacher is your mistakes. If you make them, you never want to make them again.

You were pretty obsessed with drive-thru operations before COVID-19 hit. How has it helped lately?

Given how drive-thru has taken over the fast-service industry, we’ve been able to adapt very easily to be able to really pump the channel. We focus on ticket times. Our main focus has always been drive-thru speed to order and speed at the window. We’ve been doing that for five years and pride ourselves on being under 110 seconds. First and foremost, it’s making sure we have the right amount of staff.

What has been a key philosophy that has helped keep you on track this year?

The biggest thing is you might be 50 or 100 units, but just operate like you’re at five and watching every dollar going in and out. And make sure you continually hire the right people. It’s a people game—there’s the culture and relationship and then there’s the compensation piece.

The latter has helped us as we’ve grown. We’re able to pay our people more and we have various sorts of bonus compensation. A single-store operator could get awarded like a multi-unit operator. So it’s just taking care of the people.

Pay is a big debate in the restaurant space, how do you approach that tricky topic?

Gone are the days where you can pay a manager $40,000 a year and they’ll stay with you. It’s more competitive than ever. I believe the manager needs to be happy and you need to be happy. But everybody can’t be making $15. There are people that deserve that but certain others don’t or eventually you’re going to price yourself out if you start charging $15 per salad. You don’t just need a body. You need an efficient person in there.

Now more than ever, people want to work for a good culture. I still think we have Chick-fil-A out here flaunting the culture, but they’re also paying $15 an hour, which other can’t do without the volume.

Restaurants Editor Nicholas Upton asks what makes multi-unit operators tick—and presents their edited answers  in this column in each issue. To suggest a subject, email nupton@franchisetimes.com.