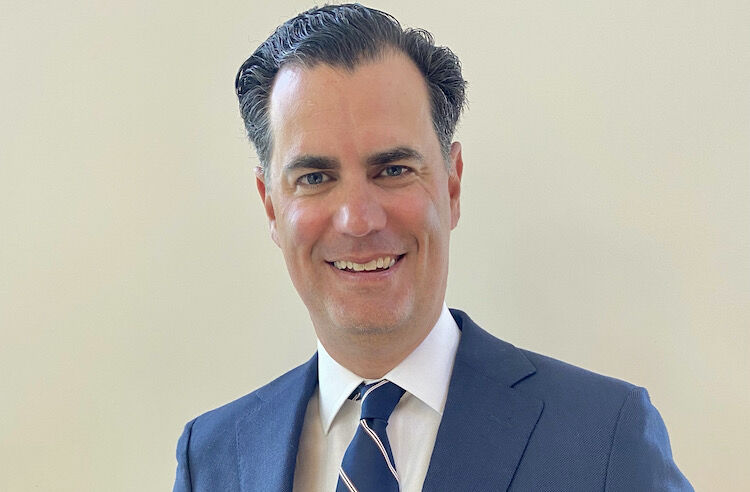 Matt Haller, who has been involved with the IFA for 10 years and has served in a number of roles including communications director and chief of staff to the CEO, is now leading the association as president and CEO.

At the beginning of the pandemic, Matt Haller told the team at the International Franchise Association that everyone was essentially a case worker now—any issues that came up in franchising and the small business community, they were on it.

“We’re not a one-trick pony. We can service members’ needs on multiple issues, and elevate where we need to with Capitol Hill, the administration and in states,” said Haller, who has been involved with the IFA for 10 years and has served in a number of roles including communications director and chief of staff to the CEO.

In 2017, he was promoted to senior vice president of government relations and public affairs, which he held until June 17 when he was appointed the new president and CEO of the association. Haller replaces Robert Cresanti, who stepped down from his position at the end of his contract on March 31, 2021 after serving for more than six years.

“So far so good,” Haller said when asked how it was going. “We’re at the beginning of our budgeting process for the 2022 fiscal year, so it’s a good moment for that, and we’re in the process of hiring for nine different positions throughout the whole organization…that’s going to be a big focus of mine.”

Haller plans to promote and hire from within the franchising community, bringing in people “who know the players” to hit the ground running for their marketing and content team, plus government relations. The hiring push follows the cuts to staff made during the first weeks of April 2020 as a result of the pandemic. IFA Board Chair Catherine Monson previously told Franchise Times the choice not to replace Cresanti right away was made “in an abundance of caution, not because there’s any risk financially for the association.”

“By continuing to lean in, we find new ways to draw more members in that may not have felt listened to by IFA in the past or feeling like they had voice in past, which is part of what we're doing with these different councils,” Haller said.

The capacity of their board of directors was also expanded. “We didn’t talk about it a ton externally, but the process began pre-COVID and culminated during COVID. We went from 39 to upwards of a cap of 75 now, and by design it was to go and get that diverse board, not just in color but in companies and individuals within our member companies who have never been involved in the IFA before to get them at a higher level.”

At just more than 60 current board members, the IFA also recently hired a director of board operations, which will be announced in the coming weeks.

Having extensive experience and knowing the politics of the industry helped prepare Haller for his new role, he said, in addition to being able to have conversations with IFA members about where the association should be spending their attention and resources. Since he’s spent a lot of time listening the past 10 years, Haller said he’ll be using his time to put things into action.

“Let’s not sit back and let the game come to us, let’s go out there and be proactive like we have been on advocacy and apply that to other areas of our business, from our events to our informal education business,” he said. “…Our CFE program has been incredibly successful, but there could be more done to promote it as an important tool for the association, and do it as part of a broader mandate to improve outcomes in franchising. Creating better franchisors and franchisees, which ultimately will lead to less of the government telling what they want to do and almost a self-governing kind of model.”

Haller added he’s looking forward to the IFA’s first in-person event post-COVID: the Franchising Leadership Summit & Franchise Action Network annual meeting, which will take place in Washington, D.C. from September 20 to 22 by invite-only. The event will also be available virtually for IFA members.

“We’ll convene really important conversations with policy makers, people from the administration and industry leaders,” he said. “I’m really excited about that coming up on the tail end of my first 100 days.”