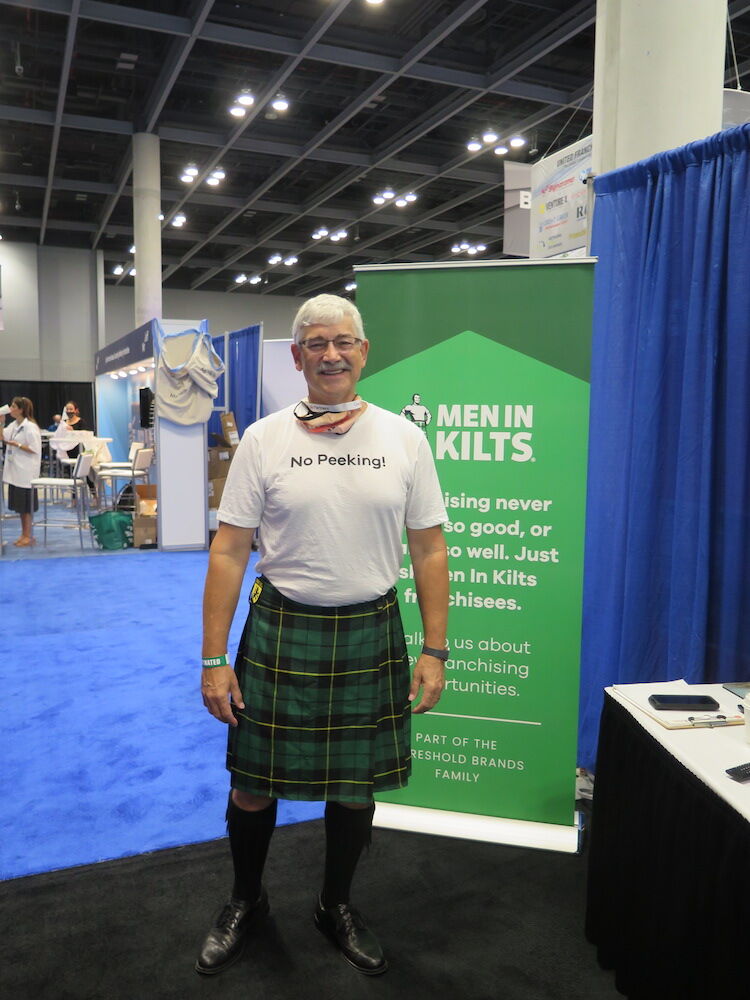 “I love expos. It’s been horrible to be without my franchise family,” said Ron Bender, representing Men In Kilts and the other Threshold Brands at the IFE 2021 show in New York City September 24.

The show drew 185 exhibitors and 2,000 attendees over a shortened two days, according to presenter MFV Expositions, which noted the extraordinary impact on conventions brought on by COVID-19. That’s down from 15,000 attendees and more than 400 exhibitors over three days in 2018, a record-breaking year in pre-COVID times.

As for Hoots Wings, “The whole idea was, take the top 11 products,” and move them into a 1,500-square-foot space with minimal seating and “without the girls, the bars, the TVs,” said Taylor Bennett, chief development officer.  Or as his fellow exhibitor put it: “Hoots is no breasts, just wings.”

A bright red truck emblazoned with “Ice Cream Emergency!” in yellow was another standout concept at the IFE on September 24 and 25, for many marking the first time back on the franchise show circuit after pandemic shutdowns. Proof of vaccines was required, and masks had to be worn in the Javits convention center.

With its playful motto—“saving lives, one scoop at a time”—the mobile ice cream parlor is the creation of Tony and Debra Arrato. “I always wanted an ice cream parlor,” said Debra Arrato, CEO and chief scoopologist of Ice Cream Emergency. “When I hit 50, I thought it’s never going to happen” if she didn’t get busy.

Ron Bender was resplendent in a green, black and yellow kilt as he made his debut appearance for Threshold Brands, the umbrella company formed by private equity firm The Riverside Co. in April.  Men in Kilts, a window-washing franchise owned by Threshold, was the specific reason for the outfit, but Bender reps all of the company’s brands as director of franchise relations.

“I love expos. It’s been horrible to be without my franchise family,” he said about the past 18 months of COVID-19-related lockdowns and cancellations. “In person is so much better.”

Hewitt himself was holding court at the IFE, sitting with some of the 10 brands now under the Loyalty umbrella. One of those is Atax, which he called the fastest-growing tax franchise today. Hewitt grew his two former tax preparation brands, Jackson Hewitt and Liberty Tax, to 1,300 and 4,000 offices, respectively, before being forced out of Liberty Tax in 2018.

He was undaunted. “We’re having fun,” he said at the show, then counting off his six criteria for acquiring emerging franchise brands. “Gomer Pyle has to be able to run the franchise,” he said, meaning it has to be simple and replicable.