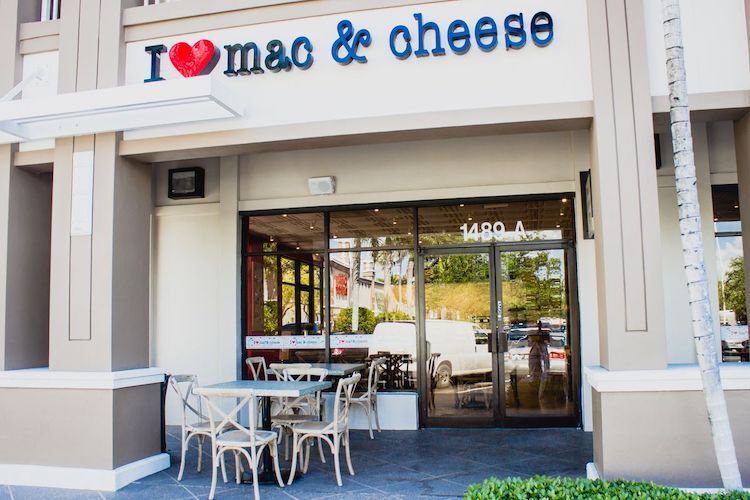 The franchisor is suing Elizabeth Torres and her business partner, I Heart Mac & Cheese franchisees who bought two corporate stores in New York. "I have to close my two NY locations and there is not a way to make money on these. This is a scam and lawsuits are pending," Torres wrote in an email to other franchisees, the lawsuit claims.

The franchisor for I Heart Mac & Cheese is suing its franchisee who purchased corporate stores in Patchogue and Bayside, New York, for slander, libel, defamation and tortious interference in a business relationship as well as loan default. Defendants are Elizabeth Torres and Cory Attardo, who as of September 2020 were behind $30,478 in payments after defaulting on two loans totaling $462,421 for the two stores, the lawsuit claims.

The slander claim makes public a bitter dispute between franchisor and franchisee, one of at least seven complaints from franchisees described to Franchise Times in recent weeks. I Heart Mac & Cheese stated in a September press release it had sold 115 locations, but only five corporate locations and eight franchisee locations were open as of late October. Seven stores had closed since franchising began in 2017.

According to the slander lawsuit, filed October 8, Torres emailed nine people, believed to be other franchise owners or prospects, on September 28, 2020, stating: "If you can get out I would advise you DO NOT move forward. I have to close my two NY locations and there is not a way to make money on these with the franchise fees and food costs rising…this is a scam and lawsuits are pending against corporate."

The lawsuit, pressed by Phillips, Cantor & Shalek law firm on behalf of Mac and Cheese Franchise Group, continues: "Torres encouraged these franchisees to breach their agreement with MCFG and or third parties not to do business with MCFG. Without privilege, Torres made these false and defamatory oral statements to third parties, with the requisite malicious intent."

Adam Wasch, attorney with Wasch Raines LLP, is representing an I Heart Mac & Cheese franchisee in Athens, Georgia, who is suing the brand. He has spoken with Torres of New York, he said, but has not been retained by her. He said defamation lawsuits against franchisees are unusual, in part because they then bring the dispute into the public eye. Franchisors prefer to make private settlement offers in exchange for an NDA, or non-disparagement agreement.

Also, they often draw more litigation that must then be included in a franchisor's Item 3 on its franchise disclosure document for 10 years. "That's why it's uncommon, because it's more than likely to result in a counterclaim for all the actual problems and the substance about what is being claimed as being defamation," he said.

Speaking in general, he called a defamation suit a "bullying" tactic. "It usually occurs when there's already a dispute and the franchisor wants to get out in front of potential claims and will use it as a way to intimidate franchisees from coming after them," Wasch said.

Speaking in specific to the growing number of I Heart Mac & Cheese disputes, he said, "This is a situation where a lot of people are looking for a way out or their money back and they're all talking, because no one's really comfortable with proceeding, and the franchisor feels he can sue his way out of it and aggressively pursue litigation. So far, that strategy has been working. This is going to get messier before it gets better. I don't foresee any end in sight."

Vinny Greco, also a Hurricane Grill & Wings franchisee for 11 years, said he signed a nine-store agreement with I Heart Mac & Cheese in March 2019, although at the time that deal was touted in a press release to be for 23 stores. Reached this week, Greco said construction is now happening on his first store, in Hauppauge, New York, and he expects it to open in 70 to 80 days.

"We could not pull the permit, because of COVID," he said about the delays, adding he will see how store No. 1 performs before deciding to go ahead with others. Giordanello "has helped us out tremendously," he said, including altering the schedule for openings in the development deal. Greco said he ceded some development rights in New York back to the franchisor.

Asked about complaints from other franchisees, Greco said, "Am I concerned? Everybody is going to be concerned. Do I believe in the brand? I believe in the product. You have to take everything into consideration. We're willing right now to take a one-store gamble, and if it works," he'll consider more.

Genevieve Prieto, a former Domino's franchisee who had four of the pizza shops but sold them, is the second franchisee who signed on with I Heart Mac & Cheese, in late 2017. She opened in 2018 but closed just eight months later after sales declined from $31,000 the first week to $5,000 a week near the end, she said. In an ongoing case, she sued the brand in late 2018 and later filed for bankruptcy.

On October 2, Prieto said she received a "cease and desist" letter from the franchisor, saying she was defaming the brand. But she believes it's her responsibility to warn others, she said. "The more people they sign up, the more I'm like, something has to be done. Stop taking people's money," Prieto told Franchise Times. "Before when it's just me, they can pass it off as 'Oh, she's a terrible operator.' But now, you're going to say we're all terrible operators?"