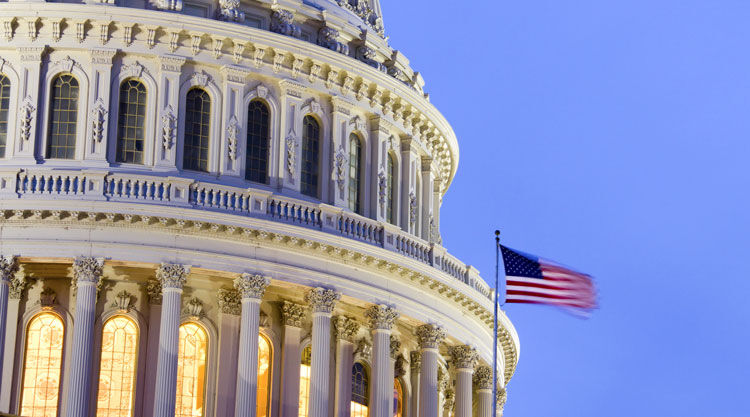 Matt Haller, senior vice president of government relations and public affairs, said the election was a recall of President Donald Trump, not a mandate for radical change.

"This is more repudiation of Trump than a mandate for change. I think there will be changes in rhetoric certainly and personnel. But down the ballot, there's not a mandate for major policy change," said Haller as he noted Democratic congressional hopefuls did not sweep into office in a "blue wave" like was expected late in the campaign season. But voters did vote on COVID-19 relief and toning down the bitter partisan rhetoric.

"We still have a bit of caveat with Georgia, but all this being said, this is about as good of an outcome that many business folks could have hoped given a week ago we were looking at a significant policy shift and a blue wave," said Haller. "Biden's primary message is about getting COVID under control and bringing people together. There are very few people, especially in business, that don't agree with that right now."

That caveat is an important one though. Haller said like much of Washington, D.C., he has "Georgia on my mind." Because of the razor-thin ballot margin in the state there will be two runoff elections that will determine the majority in the U.S. Senate. If Democrats win there, they would control the White House, the Senate and the House of Representatives. Democrats secured 218 spots in the House, confirming a one-seat majority for the party while votes for several seats are still being counted.

Haller said the messaging in Georgia will ramp up soon for the January 5 election.

"The difference between divided government and full control, every bad idea is off the table if Republicans are able to prevail in one of these runoffs," said Haller. "But not to make it Republican versus Dem thing, there are many in even the Biden camp that agree that a divided government is right for what they want to do."

Haller said the goal of that group would be to find common ground after four years of acrimony. While current Senate Majority Leader Mitch McConnell and some others have vowed to keep fighting hard, plenty in Congress are looking for a little unity.

"We work very closely with some Democrats being called socialists, they're very frustrated," said Haller. "The Problem Solvers Caucus is a group to look at. And a group that is pushing for more PPP and further stimulus bears watching in the coming days."

He said there are a handful of likely outcomes specifically for franchising. Most likely, there will be another round of PPP loans and extended disaster loan relief. If that comes together, Haller said it will likely also include liability protections around COVID-19 issues, something the IFA and other trade associations have been lobbying hard for. He said employee retention tax credits and expanded unemployment benefits are also likely in the first 100 days, if not sooner. In the near term, things are uncertain given the President Trump "wildcard."

His administration could seek to end its term on a high note and push through a big rescue bill around COVID, or he may continue fighting valid election results through the end of the year.

The specter of joint employer may, however, come back to haunt the franchise industry in a bigger way. Haller said Biden vowed to return to prior regulations under Browning-Ferris, but how that is interpreted remains to be seen. He said if that is the case, he and the IFA will be lobbying to get such rules codified across the business community, not targeted at the franchise model.