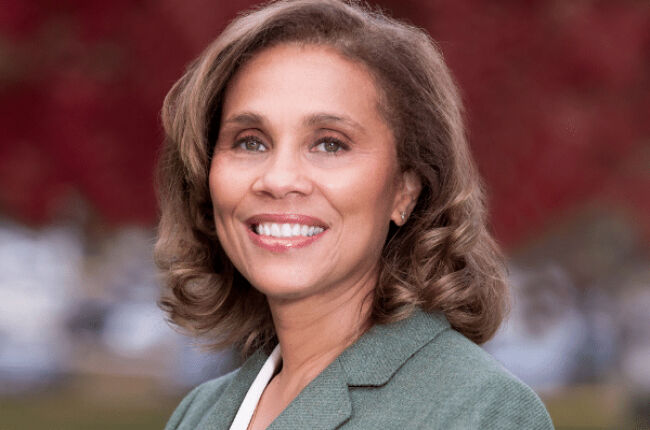 Leaders across the franchise space had a trial by fire for the last 12 months as they sought to lead organizations large and small through some unprecedented business disruptions—and there's more difficulty to come.

She said above all, leading through times of crisis requires a number of attributes, but at the core is empathy for those served and those being led. The last year has been, if nothing else, a proving ground for that and so many other qualities of leaders.

"To say we are in uncertain times is probably the understatement of the century. Last year, we witnessed so many things, the stagnating effects of political strife, horrific acts of racial injustice, a pandemic that has dramatically altered our lives. Just when we thought we could put 2020 behind us and turn the page on the mayhem that occurred, we were shaken by an attack on our U.S. Capitol," said West. "That provides the perfect backdrop to showcase the importance of optimism and teamwork. In his inauguration President Biden mentioned the word unity so many times."

She said regardless of political affiliation, the sense of unity should resonate far and wide.

"That applies to what we all have to do to propel ourselves, our business and our nation to new areas. Uncertainty? No doubt, but now more than ever we need good leaders to find silver linings amid chaos," said West.

She highlighted four key traits that leaders need to have: understanding, knowledge, quality of character and empathy.

"If providing purpose, direction and motivation, it requires an understanding of their organization or task at hand. There's a primary goal to understand what the organization is for. What keeps you coming to work every day? Your 'for' is really important," said West.

She shared an anecdote from an Army staffer who said he was "just" a radiology technician.

"I said, 'So, you don't think that’s important? If your X-rays aren’t taken properly, then the radiologist can't make a good diagnosis. You are contributing to the readiness of the soldier to make sure they're ready to go.' He smiled and said, 'Yeah, that's right,'" said West.

The little moment was so powerful, the soldier forgot to say "ma'am," which his officer quickly reminded him of, but she said it highlighted how just a little understanding and recognizing of the many parts of an organization can be just as powerful.

"You have to be competent and know what you're doing, know your organization, environment challenges, opportunities, competitors and all the priorities and resources. They [leaders] need to know who they support and who supports them. There are a lot of relationships going on. They must also have the situational awareness of which priorities take precedent," said West.

She said she made that knowledge a priority, not just knowing the numbers and the situation, but the people as well. She admitted she didn't know all 130,000 people she oversaw as the head of the U.S. Army Medical Command, but she made it a priority to know her key team and for them to know theirs, all the way down.

That knowledge goes both ways, she said, and it can't be hollow.

"Each leader must reflect on what those values really mean, not just paying them lip service or making posters but think about what they really mean and reflecting on them with their teammates," said West. "During uncertain times, you need to be a person of character so people can trust you when you make unpopular decisions or ask your people to do hard or unpopular things."

Above all, West said strong leaders need true empathy to know what all those people behind them are feeling.

"Each person is unique and adds value, no matter who they are. But I may not always have seen it through the lens I was looking though. So, it's important to clean that lens once in a while," said West. "When things get hard or busy, we don’t take the time to do that and it's so important."

She pointed to the famous Creighton Abrams quote, "Soldier is an affair of the heart."

"They'll know if you care about them. That's the important thing to remember, that your people are your most valuable asset," said West.

Her keynote address rings especially true in this year of so many essential services and duties that had to get done despite the fear and chaos of the COVID-19 pandemic. While going in to clean an office or help a senior take care of themselves is not like going to war, there was some real fear and trepidation among employees looking to leadership for knowledge, understanding and especially empathy.