Cookie flavors change weekly at Crumbl, with more than 170 in the rotation. 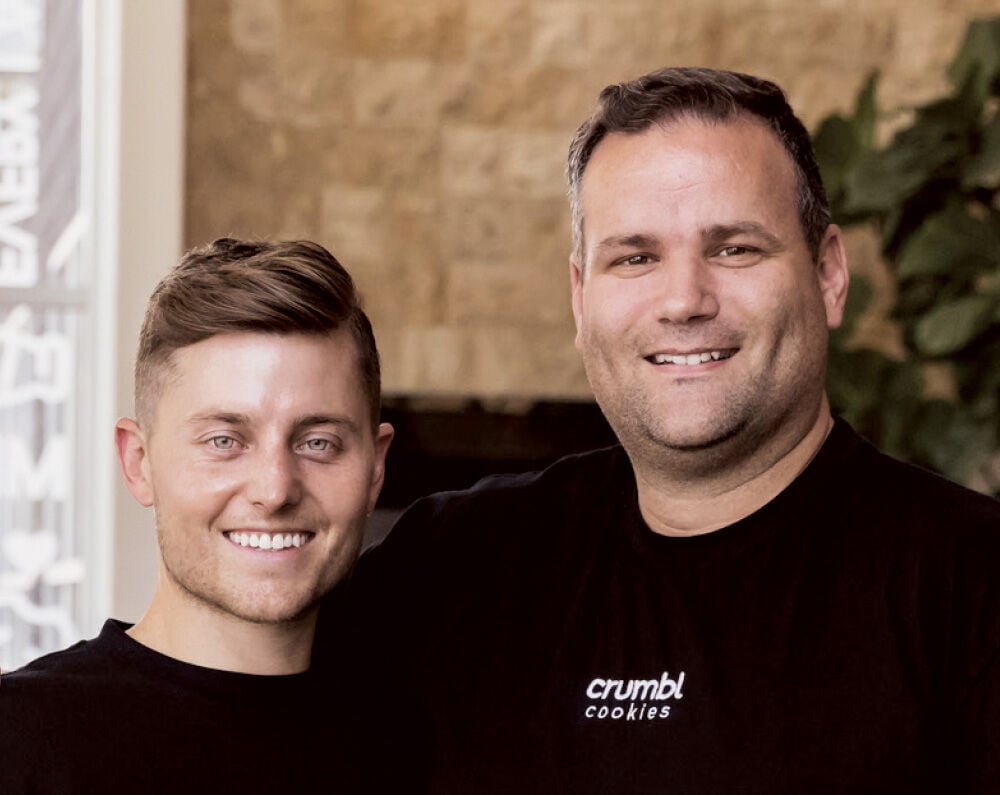 “We’re all self-funded,” says Jason McGowan, right, who with cousin Sawyer Hemsley launched Crumbl Cookies in 2017, growing it to 260-plus stores. “We don’t have any backers” or venture capitalists involved. 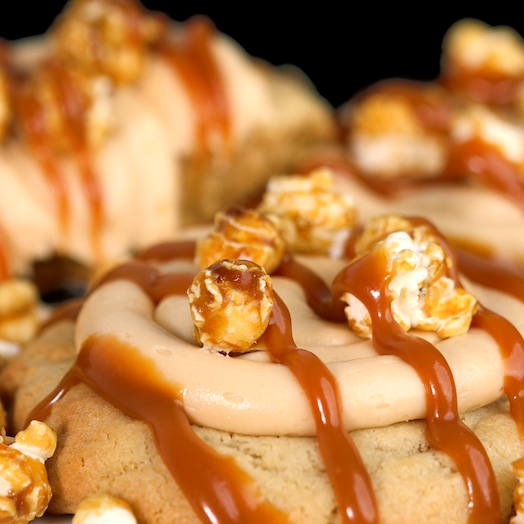 Will this be a really crazy day, or just normal crazy? That’s how James Maguire thinks about operations at his Crumbl Cookies stores as he aims to avoid the dreaded sold-out situation.

“How do we never, ever run out of cookies? That’s always at the forefront of our mind,” said Maguire. “Unfortunately, we have. But we try to preplan, so if a cookie is more complicated, we’ll schedule more staff.”

While having lines out the door of customers craving the wildly popular cookies, baked fresh and sizeable at 6 ounces apiece, is a good problem to have, Maguire knows that demand comes with its own risks. “You ask yourself, how many times am I willing to drive only to find out they’re sold out?” said Maguire of the potential downside. So far, as the operator of the only stores in Massachusetts and New Hampshire, in Methuen and Nashua, respectively, it seems nothing is deterring customers from getting their Crumbl. His stores can sell around 4,800 cookies per day.

“The corporate trainers told us they’d never seen a grand opening as big as the one we had,” said Maguire of his Methuen location, which opened in October 2020 and was followed by his second in May 2021. Construction is underway on a third store, in Nashua, “and we’re negotiating for a fourth.”

Now with more than 260 stores in 36 states, Crumbl’s growth story is one of noteworthy speed after cousins Jason McGowan and Sawyer Hemsley started with the first location in Logan, Utah, in October 2017. Franchisees opened the doors of 84 stores in 2020 alone.

“It’s been a blur the last four years,” said McGowan, Crumbl’s CEO. “That first location was month-to-month rent … it became so successful that we added Orem” in January 2018. They launched a franchise program a month later and, just like with their cookie recipe, have been fine-tuning ever since.

“We A/B tested our way to the perfect chocolate chip cookie,” said McGowan of Crumbl’s beginnings. “We would change up one ingredient, go to a local gas station or something, and ask people, which do you like better?” After “thousands and thousands of dollars in wasted dough,” they landed on a chocolate chip cookie that’s now one of two staples on the menu. The other is a classic sugar cookie, while four menu spots rotate weekly.

New flavors, such as sweet cornbread with honey buttercream frosting, or hazelnut sea salt stuffed with Nutella, are announced every Monday on the brand’s social media channels, with episodes of “Unbox the Pink Box” drawing tens of thousands of views. Crumbl boasts 1.3 million Instagram followers, while its TikTok account is closing in on 3 million.

McGowan, who before launching Crumbl was director of product for Ancestry.com, said incorporating technology—including social media—into the business was his focus from the start. “It was, how can we scale this using technology,” said McGowan. “We built the entire POS system from scratch,” along with a mobile app that integrates delivery, curbside pickup, catering and shipping.

Crumbl also has its own internal social network, noted McGowan, with a comprehensive data platform for franchisees to see sales, ticket times and more. One of the company’s first corporate hires was Bryce Redd, formerly a senior technology lead at Facebook, and Crumbl now has a full training team to support franchisees and an R&D team to create cookie recipes that are “operationally sound and profitable.”

“A blessing for us, when we had 10 stores, we were thinking, what do we need to get to 100 stores,” said McGowan of corporate infrastructure investments. “We don’t feel a pain if we had to open up 10 or 20 stores in a week.”

Maguire said he’s been pleased with his franchisor’s support and noted, “they’re always looking for ways to make the model better, more efficient and easier to execute.” After “putting in 70 to 80 hours per week” in the beginning, he now has two store managers and is eager to add more units.

The cost to open a Crumbl ranges from $229,666 to $574,833, including a $25,000 franchise fee. Franchisees pay an 8 percent royalty fee. The average unit volume was $1.27 million in 2020, according to Crumbl’s franchise disclosure document. Maguire said his stores are “doing really well” and “on the financial side, we’re very happy.”

“New Englanders love their sweets,” Maguire said. It seems everyone else does, too.