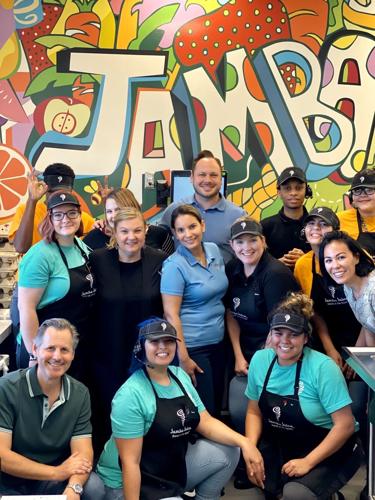 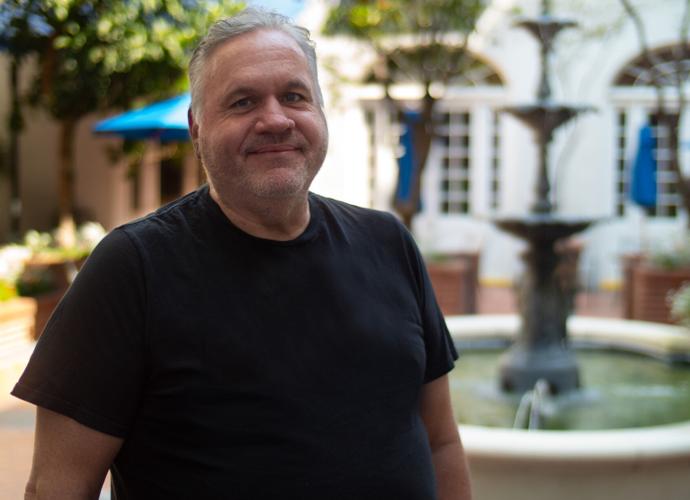 McAlister’s Deli has a “Southern flavor that’s missing in Arizona,” said Panos Joulios, naming one of the reasons he decided to add the fast-casual concept with roots in Mississippi to his Whirld Concepts portfolio.

A longtime Jamba franchisee with 32 stores in Arizona, Joulios signed an eight-unit development agreement to “tip-toe in the market” with McAlister’s. His first restaurant, slated to open later this year in the Phoenix suburb of Goodyear, is being developed side-by-side with a new Jamba, a pairing Joulios is eager to debut.

“We’re so excited to share that real estate,” he said of the newly constructed building which has a McAlister’s with a pickup window for digital orders on one side and a drive-thru Jamba on the other. The two are complementary brands, said Joulios, and though co-locating the concepts isn’t central to his development strategy, he likes the approach and also sees potential in a Jamba and Cinnabon combination. He opened a joint location with those brands in the central Arizona city of Prescott last fall.

“I’m making a push for more drive-thru Jambas,” he noted, and would like to add to his Cinnabon unit count. Both concepts have ease of execution on their side, and Joulios sought similarly straightforward operations when he looked at expanding his portfolio.

“I like not having the headaches of a full, full-service restaurant,” he said of McAlister’s, which doesn’t need grills or fryers in its kitchens. The potential for higher average unit volumes was also attractive as Joulios works to grow his business and develop employees.

“McAlister’s higher sales volumes will help us take more of our senior folks at Jamba and give them more opportunities,” he said, calling out the $1.8 million AUV of McAlister’s compared to Jamba’s average sales of $754,000.

Like Jamba and Cinnabon, McAlister’s Deli operates under Focus Brands, and Joulios is among a growing number of existing franchisees who are looking within the Focus portfolio to expand their own. Another is Dale Mulvey, a multi-unit McAlister’s franchisee who last year bought nine Moe’s Southwest Grill restaurants in and around Charlotte, North Carolina, and is developing new locations in Ohio. Focus acquired Moe’s in 2007 from Raving Brands.

Working in restaurants since he was a student at Indiana University, Mulvey began buying McAlister’s units in 2008. He’s grown the unit count in that brand (he also has a handful of Dunkin’ stores in Texas) to 72 through a combination of acquisitions and new builds, and recalled how early on he thought McAlister’s had a “great runway.”

“I thought we could build into a $100-million business—and we got there,” he said. He sees a similar opportunity in the Mexican category with Moe’s, a brand that like McAlister’s and Dunkin’ has cultivated a personal connection with customers.

“With McAlister’s and Dunkin’, I like concepts where I can understand the connection with people,” said Mulvey. “I feel like the Moe’s customer has the same connection.” Most of the system’s roughly 680 restaurants are in the Southeast, plus markets such as New York and New Jersey, meaning there’s ample room in the middle of the country.

“Moe’s has a lot of opportunity it markets it hasn’t penetrated yet. And that’s something we like to do,” said Mulvey.

“We feel like we do two things really well: We can maximize operations and we plant stores in new markets.”

The potential to increase digital sales for Moe’s—Focus Brands in April unveiled plans to reach 50 percent of revenue from digital channels—also appealed to Mulvey, who saw the benefits of a digital push by McAlister’s in early 2020.

“Our biggest opportunity right now is really to understand how to take advantage of digital and the customer’s desire for digital ordering,” he said, and for Moe’s that means having a platform that can make customization easy.