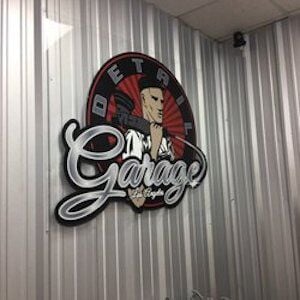 Detail Garage franchisees can sell Chemical Guys and Smart Wax products only from their physical stores, but a lawsuit alleges the founders sell more cheaply online and in corporate stores.

A sweeping lawsuit against Detail Garage claims the founders of the auto-detailing supplies retailer are running a "shell-franchise operation" and "anticompetitive scheme" whose actual purpose is to boost revenue for their affiliate companies, primarily Smart LLC and ChemicalGuys.com and including 14 entities in all.

David Knotek and Paul Schneider, founders of the Chemical Guys brand that is wildly popular with car buffs, control all of those entities, the lawsuit alleges. Detail Garage franchisees are required to buy Chemical Guys and Smart Wax products exclusively from Smart LLC, at prices the lawsuit says are not competitive, and are forbidden from selling them anywhere but in their physical stores, not via ecommerce or any other means.

Lynn Gangamella, one of the two plaintiffs, said in an interview, "Lo and behold, if it’s going to be a Chemical Guys product you will find it cheaper online, because our company is selling it cheaper online. In reality, our own company is our biggest competitor."

Knotek, Schneider and franchise development exec Chad Zani did not return multiple calls seeking comment, made to Detail Garage’s Gardena, California, headquarters; likewise for John Mansfield, VP of direct-to-consumer for Chemical Guys and Detail Garage. The executives sent the plaintiffs a notice last fall that Detail Garage could force them to cease and desist operations as of January 21, 2020, the day the lawsuit was filed.

Wendy Jones and Gangamella, along with their entity Cardinal Investments One, are the plaintiffs in the lawsuit, filed in U.S. District Court, Central District of California.

They own three Detail Garage franchises in Arizona, and said severe shortages of product, up to 60 percent of their orders, began plaguing the chain last May.

When they formally requested Detail Garage approve alternative suppliers, they say Detail Garage refused. In an interview, Gangamella claimed the default notice and cease-and-desist letter were "absolutely" in retaliation for their agitation on the topic; she was also kicked off the franchisee advisory council last year.

After a meeting Jones attended at company headquarters in August 2019, she was told Smart LLC would "never allow"franchisees to source goods from elsewhere, the lawsuit alleges. "At that point, plaintiffs realized that Detail Garage was a sham and nothing more than a front for Smart products."

Leslie Schwaebe Akins, attorney for the plaintiffs, paints an unusual analogy of how she alleges the operation works. "If you’re looking at a McDonald’s, it’s like the bun-maker is controlling McDonald’s. It’s the supplier that’s dictating the events and the actions and the business strategy of the franchisor. You usually don’t have that."

"I do a lot of investment litigation and other franchise litigation, and I represent primarily the investor or the franchisee who’s offered an investment or a business and what they’re sold is not what was represented. I deal with a lot of broken lives, from young to old," she said.

"Because the franchisor is undercutting them and stealing their customers or they’ve withheld merchandise and not shipped orders, so the franchisees have nothing to sell.

So you say, I guess you’ll have to go to the internet. Now you start to see how it starts to work together," Akins said. "I understand lately the inventory shortages have gotten better, but people had 60 percent of their orders not filled."

"Franchisees sign a 10-year agreement and spend a lot of money," Akins continued. "Only to find out they have a worse deal than anybody else out there. And that’s wrong."