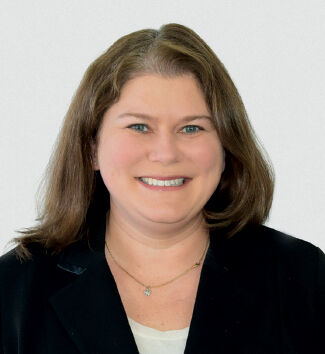 “My favorite place to travel is where I haven’t been yet.” — Ali McElroy, president of international & chief legal officer, Lift Brands

I am absolutely terrible with remembering the names of actors and actresses. So I crowdsourced this answer: Minnie Driver. My nephews first suggested Julia Roberts and then they said, oh you’re not that old. Minnie is still older than me, but I took that as a compliment. And her role in ‘Good Will Hunting,’ I loved that.

Who or what did you have posters of on your bedroom wall as a teenager?

I have to try to remember. I would guess it was New Kids on the Block, Madonna and Pete Sampras. I played tennis; I was a big fan of Pete Sampras. It was during that whole Pete Sampras-Andre Agassi thing.

What’s one trend you wish would disappear?

I’d have to say, I have mixed feelings about the way we use technology as a substitute for actual human interaction. I think we lose something because of that. And I mean, COVID isn’t a trend, but I would get rid of COVID.

Assuming I still had to work, I think I’d be doing something in real estate. I’m constantly surfing Zillow and watching HGTV and their British equivalents. I have some investment properties and I just think it’s really interesting. Oh, I love those home tours—they’re not going on right now, obviously—and the garden tours.

Getting gas. It’s silly. It’s not that difficult, but I really don’t like to get gas, which leads to some comical situations of cutting it too close.

I don’t know my right from my left, which I attribute to being left-handed. I think of that as a good reminder that people have different viewpoints and look at things from different directions. It’s better than saying I didn’t learn a really basic skill as a child, hahaha.

That’s so hard, I love to travel. Not so much a specific destination, but to go somewhere new and experience something new. My favorite place to travel is where I haven’t been yet. I did almost get stuck in Tel Aviv right when COVID hit. I’m doing an executive MBA program through the Kellogg School of Management and we were there for a shared program.

The weirdest thing I can identify by name is guinea pig in Peru. But I suspect … I went to visit my brother who was living in a province in China, not one of the major cities, and there were some things I think I’m probably better off not knowing.

Time travel. I think it’s the idea, we have such a rich history, so not a specific time period, but just being able to go back in time and see how people lived their lives.

I would love to spend a day with my dad. He died when I was a teenager and he was a big influence on my life. We used to always golf, so we’d probably play a round of golf and chat about life.

This comes from my mom. My mom has always said staying true to your values and integrity is something you should guard with your life.