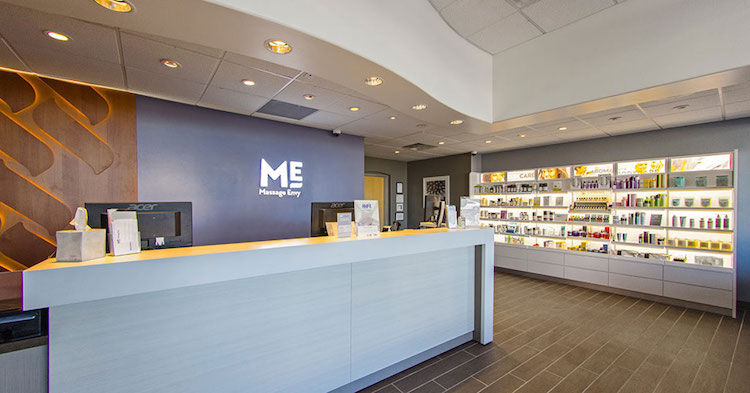 "We are pleased to have reached an agreement in principle," said a joint statement October 5 from Massage Envy management and Envy Owners Association franchisees, who have more than 100 arbitration actions against the franchise.

It’s been an intense week at Massage Envy. On September 28, the Envy Owners Association, an independent group of franchisees, detailed their complaints against management and called for new leadership, in a Franchise Times article.

On October 4, the National Franchise Advisory Board, whose franchisee members are appointed by management, sent a letter rebuking the critics’ claims and saying they support CEO Beth Stiller and the rest of the leadership team.

On October 5, the two opposing parties issued a joint statement. “We are pleased to have reached an agreement in principle,” it said, with no details.

“As we put this matter behind us, both parties are eager to devote our full attention to growing the Massage Envy brand and helping to provide members with the industry-leading service they expect,” the statement said. “We look forward to continuing to work together to drive mutually beneficial results for both franchisees and the franchisor.”

Added John Verhey, the DLA Piper attorney who represents Massage Envy management, via email: "Both sides have agreed to provide this joint statement attributable to Massage Envy and the select group of franchisees involved in arbitration in lieu of any interviews or further comments."

In an interview in September, Mellon and fellow Envy Owners Association board member Scott Loev said more than 100 arbitration actions had piled up against Massage Envy in the past year.

“The short version is, it’s a money grab. We’re battling that,” Mellon said at the time about those claims. Read the article about the disputes here. “The deception by the franchisor, the lack of awareness by the franchisees, and we’ve been saddled with excessive marketing and technology costs for the last almost five years. We’re definitely not getting a return on our investment.”

He added, “We don’t believe the current team has what it takes to lead the organization. The actions they’re taking are definitely driving the brand down.”

The article drew a rebuke from the National Franchise Advisory Board, which sent a letter taking issue with Mellon and Loev’s comments and the initial article about them.

“The article as written does not represent a significant number of franchisees in the network who are proud of the mission and purpose of this great brand and the good work that is being accomplished,” the letter said in part.

It was signed by Sam Biggs, president of NFAB, plus seven additional members. Attached were the names of more than 50 franchisees whom the letter said together own 418 Massage Envy clinics.

“We work hard each day to help our customers feel their best and are disappointed in the EOA board members whose comments demean the good work being accomplished by thousands of employees and franchisees.” The letter said the article contained “several inaccuracies and misleading information,” but did not specify them.

“We also disagree with the EOA board’s approach to call for new management. We support Beth Stiller and her leadership team. We find our leadership team to be forward-thinking, inclusive and focused on the success of each franchisee,” the letter said about Massage Envy’s CEO. “We feel Beth and her team are making significant improvements in many areas of our business and are excited about the future of this brand.”

Zarco said he expects the agreement in principle between the Envy Owners Association claimants and Massage Envy management to be signed later in October.

Update: Robert Zarco, counsel for the Envy Owners Association, said later via phone he wanted to "make it clear that the NFAB letter and related communications played no role whatsoever in the settlement reached between the parties."