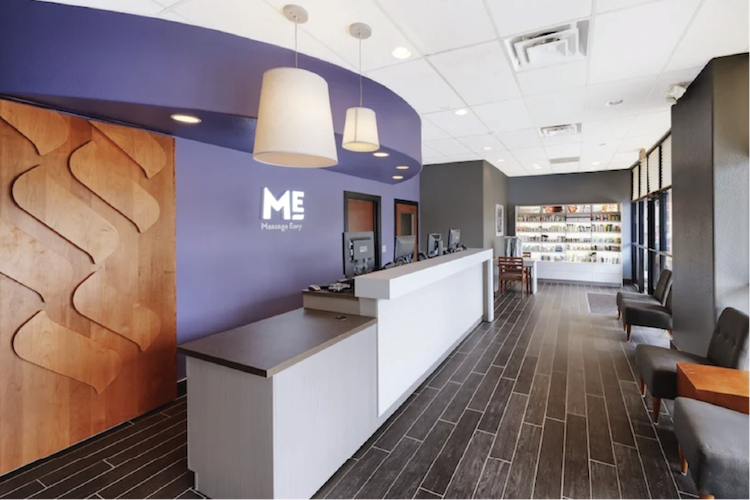 “We don’t believe the current team has what it takes to lead the organization," said Jim Mellon, a Massage Envy franchisee and president of the Envy Owners Association.

More than 100 arbitration actions have piled up against Massage Envy in the past year, from franchisees who claim an impending doubling of fees for the national ad fund, forced purchases of more expensive massage oils that benefit only the franchisor, and increased fees for apps and other technology that is “atrocious, non-functional,” as operator Scott Loev put it. Now the Envy Owners Association is going public with its biggest demand yet—a call for new management.

“On the board, frankly, we would love to see a change in leadership,” said Jim Mellon, president of the Envy Owners Association and a Massage Envy franchisee in Kansas City. “We don’t believe the current team has what it takes to lead the organization. The actions they’re taking are definitely driving the brand down.”

As for profitability, experienced franchisees were seeing 20 percent gross margins or EBITDA in 2016. Today, “EBITDA is around 8 or 9 percent,” said Loev, board secretary for the Envy Owners Association and a Massage Envy franchisee.

Beth Stiller is CEO of Massage Envy, appointed in November 2019 after well-known retail veteran Joe Magnacca resigned the post after an investigation into a “brief consensual relationship with an employee,” as a press release said at the time. He was CEO of Radio Shack from 2013 to 2015, and before that served in executive positions at Walgreens and Duane Reade, among others.

Stiller was chief commercial officer at Massage Envy before taking the CEO post. She joined Massage Envy in 2016, hired by Magnacca, after spending six years at Walgreens and Duane Reade, where she led product development, brand management and sourcing activities, according to company press releases.

Kristin Paiva is general counsel at Massage Envy, and Julie Cary was appointed in September 2020 as chief marketing and innovation officer. Paiva did not respond to requests for an interview with Massage Envy executives, nor did John Verhey of DLA Piper, who is representing the franchisor in the arbitration actions.

“We are committed to managing our franchise relations through open lines of communication with the goal of maintaining strong and collaborative relationships across our networks that help our franchisees grow their businesses and the Massage Envy brand,” she said.

“We are currently in active arbitration with a small group of valued franchisees and are hopeful we will find a mutually agreed resolution. While there will inevitably be differing opinions on aspects of the business from time to time, the overall goals of franchisees and franchisor remain aligned. As the franchisor, we understand that their success is our success, and we look forward to a prosperous future together.”

Stiller continued: “The reality is that this is a relatively small minority that is challenging the franchisor in the legal system. The legal disputes represent less than 10 percent of locations in the system.”

“Legal conversations around these complaints date back to the second quarter of 2019, at which time the franchisor took numerous actions to address the franchisees’ concerns,” Stiller continued.

“Franchisee engagement is a clear priority for me, and I’ve spoken to hundreds of franchisees since taking over as CEO in 2019. Our leadership team continues to take steps to be responsive to franchisees’ concerns, and we are proud of the significant progress we’ve made, especially during one of the most challenging times in modern history.”

Mellon said the Envy Owners Association has about 212 franchisees as members, of about 390 “non-aggregator franchisees. So we are about 54 percent.” That 390 number excludes most of the “aggregator” franchisees, or the private equity-backed large groups rolling up many studios, which are joining the system in increasing numbers in recent years.

About the current and former CEOs, Stiller and Magnacca, respectively, Mellon said, “She’s more polite. Joe would flip you the bird right to your face and tell you you were going to get hosed by whatever the next step was. She will lie to your face, and smile politely, and she frankly does not have what it takes to lead this organization.” He said Roark Capital, the private equity firm that owns Massage Envy, has hired Cheryl Bachelder, former CEO of Popeyes, as a consultant to help work with the brand.

Mellon said the Envy Owners Association decided to go public with its complaints after it felt it was stonewalled in its arbitration proceedings, which he said began last October as a group action but then Massage Envy lawyers demanded the actions be separated. “We’ve never wanted to sue the franchisor. Arbitration is supposed to be private, as opposed to the public,” he said.

“But the continued mismanagement, the unwillingness to reach out and include the franchisee association, to continue to introduce things like this supplemental marketing fund—it’s just brought it to the point, where we can see if someone is interested in bringing some attention to that. That may well force Roark’s hand in terms of leadership.”

Massage Envy did not respond to a specific question about whether Bachelder was retained.

Robert Zarco of Zarco Einhorn Salkowski & Brito, the well-known law firm representing the Envy Owners Association, said Monday evening he would not comment “at this time, in light of the fact that the franchisee association is having constructive conversations with the franchisor as to a potential resolution.” He said a blueprint of an agreement could be worked out in a week’s time.

Look for more on this story in an upcoming print edition of Franchise Times.