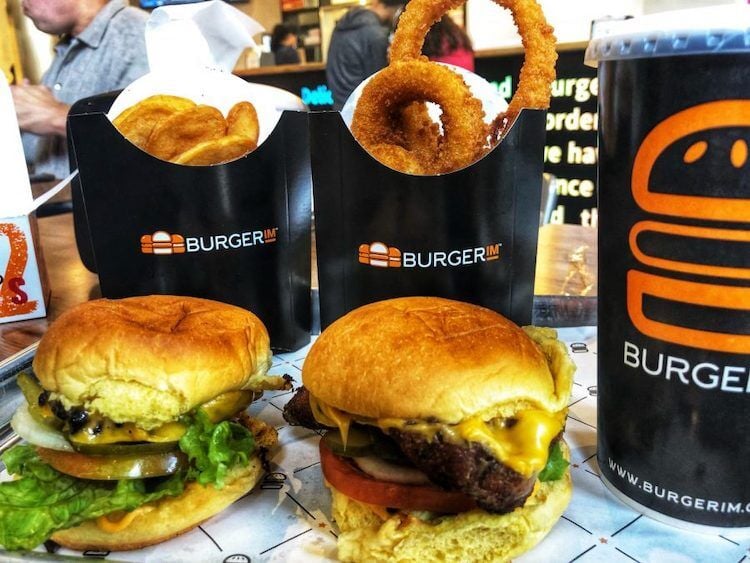 Some of the 130 or so Burgerim franchisees still operating have formed an independent franchisee association to try to gain restitution from the defunct franchisor. Led by Joey McCullough, the association gained its first victory from a California regulatory agency last month.

After fighting for more than a year to get restitution for Burgerim franchisees including himself, Joey McCullough was on one hand pleased with the February 16 order from a California regulatory agency that the burger franchisor had to pay back franchisees.

"It's great. For what we've been working for as an association for the last year, a year plus, it's validation," said McCullough, chair of the Independent Association of Burgerim Franchisees.

"At the same time, it's sad and disheartening because it's brought up a lot of people asking, 'How do I get my money back?' But where is it going to come from?"

A single father of three, McCullough owns three Burgerim stores in Virginia, and like the other 130 or so operators still in business has struggled since the system collapsed in late 2019 and CEO Oren Loni fled the country.

"I don't think that there's any grounds that anyone's going to get any funding back soon, and it's going to be pennies on the dollar in the future, if that even happens. I'm looking at potentially re-branding myself if I can come up with funds. But me, like everyone else, our life savings went into it," he said.

Burgerim, brought to California from Israel by Loni, sold at least 1,550 franchisees and collected at least $57.7 million in initial franchise fees from 2015 to July of 2019, but only opened about 130 of those through 2018, according to the order from California's Department of Financial Protection and Innovation. Burgerim had 30 days from February 16 to ask for a hearing on the order; calls for comment to Burgerim headquarters last week were not returned.

McCullough and others took up the task of forming an association, and leading it, because of necessity—no one at the franchisor could even be reached, much less offer necessary support. "We've tried to gain membership to have our larger and collective voice heard to be able to push back on those third-party vendors, to get control of our POS system, to get better distribution," he said.

"We're all in the same boat. A lot of times we become the ear to listen to. We have an association attorney, and we have been pushing back, we have been submitting requests. For a while we were trying to have a discussion with this group of people that are saying they are corporate, without any legitimacy."

He believes in the power of independent franchisee associations, when other avenues of discourse aren't available. "Our message is clear: It's now, more than ever, we need to get together. We have been left with a non-existent franchisor. We need to get together as franchisees with a collective goal, and we can do that better" as a group, he said, declining to state the number of members in the association.

The group was formed under the umbrella of the American Association of Franchisees & Dealers. Keith Miller, franchisee advocate and director of public affairs for the AAFD, said the organization is the "quickest way to form a chapter," especially for smaller systems. "You have brands out there with 50 units. They can't form an association, incorporate, have separate bank accounts, and pay someone to run it, so AAFD is a good structure for that."

Asked if he would advise franchisees in other systems to form an independent association, McCullough said "ideally" it's best if such an association works in tandem with corporate. "I would say it comes down to one thing: Are you getting the proper support that you need from your franchisor?" he said.

"If you feel that you're not supported, you're not listened to, you're not being given the time of day and you're being taken advantage of wholeheartedly, then obviously you've got to stand up and do something for yourself, a larger voice, especially a compounded voice of lots of franchisees."