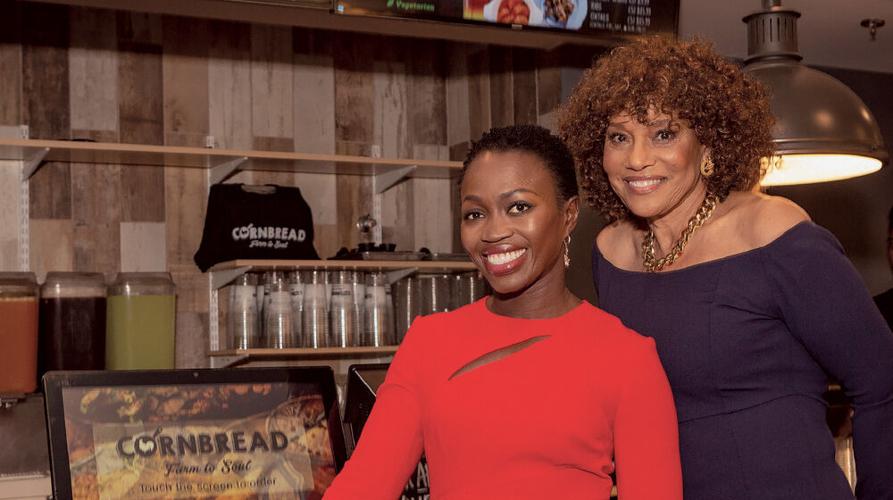 Adenah Bayoh, left, an IHOP franchisee and immigrant from Liberia, and co-founder Elzadie Smith are launching Cornbread Farm to Soul as a franchise. 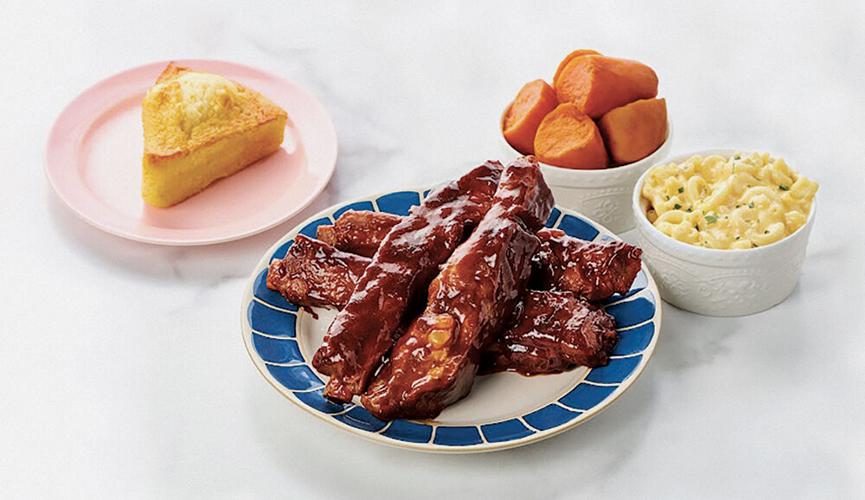 Soul food is on the menu at Cornbread, which has three corporate stores open.

The saying is “been there, done that,” but for Adenah Bayoh the message is also her calling.

She escaped civil war in Liberia at age 9. She became an IHOP franchisee at age 27 and now has four stores with a fifth in the works. Ten years later, she is launching a franchise program for Cornbread Farm to Soul, her soul food restaurant concept.

“The unique thing about me is that I bring those experiences to the table. When someone comes to me and says I’m having a hard time” getting a lease because of “gender or race, I have reference to that, because I’ve been there,” she said, and she wants to empower women and people of color to become franchisees.

“I’ve taken all of those scars, all of those experiences, and now understand why I’ve gone through those experiences. They were happening for me, not to me. It was my school of hard knocks,” she said. “I’ve been in this game for 15 years, 15 hard years, and I’ve loved every moment of it, even the horrible ones, that taught me something. The gratitude I have for that, words cannot describe.”

Cornbread’s co-founder is Elzadie Smith, a native of Tifton, Georgia, who has a background in culinary arts and family history in the kitchen. Her grandmother was a farmer and restaurant owner in the South, where she learned some of her skills.

Bayoh’s business skills started early, she told Franchise Times in a November/December 2020 cover story, in the market of her village, Foya, where as a 6-year-old carrying bread baskets she would lower her prices to offload inventory. After fleeing Liberia when she was 9 and living in a refugee camp in neighboring Sierra Leone, she came to the U.S. at age 13.

She worked at McDonald’s as a teenager, then attended college at Fairleigh Dickinson University in New Jersey, often visiting the local IHOP until closing time. She bought her first house in Irvington, and noticed the town didn’t have an IHOP. She wrote a letter to the mayor at the time, who asked her to meet to check out an old diner that was for sale. Bayoh owned about 10 properties at the time.

“The striking thing about the diner was that at some point in that diner history, Black people weren’t allowed to eat in there,” Bayoh told Franchise Times. “When I went to meet with the owner, he looked at me with, for a lack of a better word, disgust. He looked at me in judgmental disbelief. ‘Who’s this little Black girl? She can’t buy my restaurant.’”

She ultimately purchased the building for $1.2 million and after persistence with IHOP corporate, ultimately gained her first store, which opened in 2007. Bayoh’s stores routinely exceed the system’s $2 million annual average gross sales mark.

Cornbread has three corporate-owned stores. “They’re wildly successful. We’re in Brooklyn right now and we’re doing amazing right now, we’re doing Shake Shack, Chick-fil-A numbers,” she said. Demand for soul food is one reason, she believes. “People want to see themselves when they go into a restaurant, and for a long time soul food has been ignored.”

She credits “amazing” kitchen designers and other team members. “For me, I want to build a team with the A players. I’m always thinking about, who has done this that don’t need to learn on us,” she said. “Every year we get better, every store we get better, and we’re just going to keep working our way and build a foundation of excellence.”

She gives props to IHOP, too. “One of the things that I learned, is the love that you have for the brand matters. I love IHOP. As I’m building my concept, I aspire to be a brand like IHOP. Another thing I learned, you don’t know what you don’t know. Ask people around you. Don’t pretend you know anything,” she said.

One final word: Lean on her. “My goal, and what I ultimately want to do with Cornbread, is to empower women, and let them know they can be owners,” she said. “Learn from my mistakes. Let me wear the scars so you don’t have to wear those scars.”