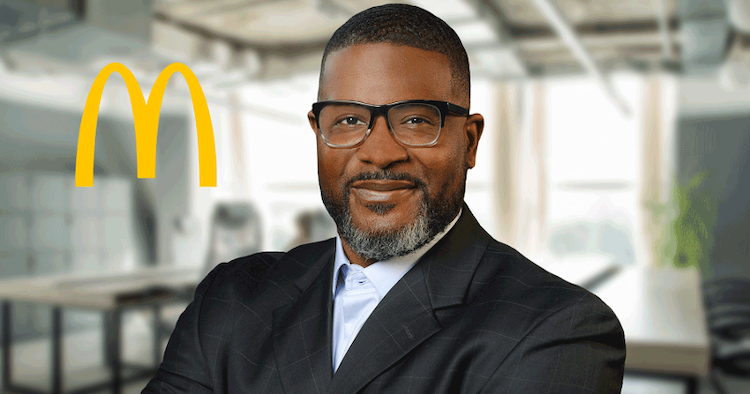 A second lawsuit filed in federal court last Thursday alleges racial discrimination against Black franchisees at McDonald's, this time with current franchisees as plaintiffs rather than former.

It is the latest in a stack of challenges facing McDonald's newly appointed VP and global diversity, inclusion and equity officer, Reggie Miller, who will begin his new job November 9. McDonald's announced Miller's appointment yesterday.

Brothers James Byrd and Darrell Byrd are the named plaintiffs in the new lawsuit, pressed by James Ferraro of Miami and seeking class-action status on behalf of all current Black franchisees. Each brother owns two McDonald's stores in Tennessee.

The two men are "willing to put their necks and their livelihoods on the line" to benefit others, Ferraro said on a conference call last week. There are 186 current Black franchisees with more than 1,300 restaurants, he said, and the lawsuit seeks damages estimated at $4 million to $5 million per restaurant.

McDonald's said in a statement it supported the Byrds and "invested significantly in each of their respective businesses" but their difficulties were caused by "mismanagement of their organizations…We will defend against this lawsuit while we move forward with our priorities to foster equitable opportunities for franchisees, suppliers and employees."

On October 23, the company asked a judge to dismiss the lawsuit brought by the former franchisees, in part because the statute of limitations had expired in many cases.

At McDonald's HQ, Miller replaces Wendy Lewis, who retired in September, as vice president and global diversity, equity and inclusion officer at McDonald's. He was the chief diversity officer at VF Corp., which owns brands including The North Face and Vans.

Miller developed VF Corp.'s formal diversity and inclusion strategy that led to VF being named to Forbes 2020 Best Employers for Diversity list, the company said in a bio posted on its website.

Miller served in the U.S. Army from 1997 to 2005 and has also led diversity initiatives at Walmart and Tyson Foods, among others. His first job, in high school, was at a McDonald's. "He wants the workforce to look and feel different when his three young children begin their careers years from now," the company's announcement said. A request for an interview was not returned.

In a letter to employees, Miller's boss, Global Chief People Officer Heidi Capozzi, wrote, "Reggie and I share the same goal: that in order to move forward, we must move away from the notion that the responsibility of diversity lies with one person, one department or one group." She joined the brand in March 2020, after the former human resources chief, David Fairhurst, was fired. McDonald's commenced in August an investigation into a party-like atmosphere that employees said was pervasive under Fairhurst.

In early October, three workers at a McDonald's in Rock Island, Illinois, filed a federal civil rights lawsuit claiming management "treats Black employees less favorably than non-Black employees, including by discriminatorily cutting their hours, leaving them with less income to support their families," the suit alleged. Managers make disparaging comments about Black employees and customers, calling them "ghetto" and saying Black employee are "lazy, have the wrong attitude and cannot do simple tasks," the lawsuit claim

Trina Gendron is the franchisee at the location and her company Gendco Inc. is one of the named defendants. She sent a statement in late October to the Quad-City Times: "I am deeply committed to running a values-led organization, and discrimination, harassment or retaliation of any kind are not tolerated in my restaurants," she wrote, adding she is "reviewing the complaint and investigating these allegations."