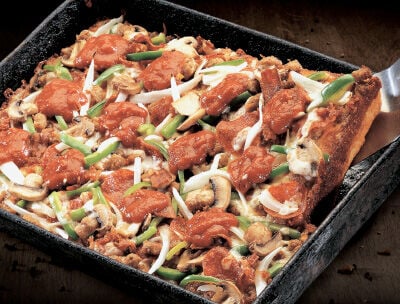 Deep-dish Sicilian-style pizza is a hit at Noble Roman's, a reinvention of the original full-service restaurant founded in 1972. 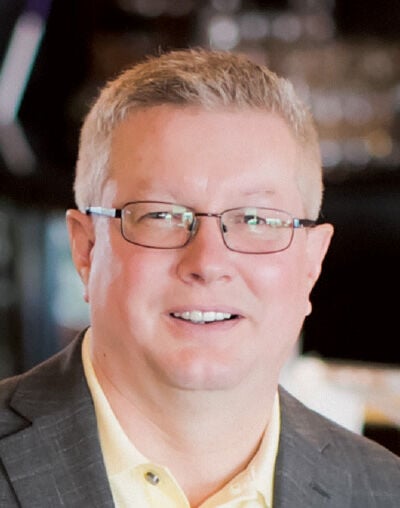 Known for its deep-dish Sicilian pizzas and breadsticks with cheese sauce, "Noble Roman’s is one of those brands I remember as a kid," says Pat O’Neil, recalling the pizzeria concept of his youth. "It was the one place my family went out to eat for pizza as a kid."

People throughout Indiana have those same memories, and O’Neil is betting that nostalgia—along with products he says are "exceptional in quality and value"—will attract customers to his Noble Roman’s Craft Pizza & Pub restaurant in Lafayette. "The brand itself is very much a regional brand, it’s an Indiana brand," says O’Neil. "It’s a brand that a lot of people had an affinity for and that had been absent" from the market in its pizza pub form.

When it opened in May 2019, O’Neil’s was the first franchised unit of a concept that’s a reinvention of sorts for Indianapolis-based pizza company Noble Roman’s, founded in 1972 by Paul Mobley as a full-service restaurant before transitioning largely to franchising of non-traditional locations at convenience stores, airports, hospitals and travel centers. Its products are also licensed to about 2,000 grocery stores, in which the deli departments assemble the pizzas as a take-and-bake offering. That effort brought some financial struggles as revenue slipped in recent years.

"They’ve had ups and downs," acknowledges Bill Wildman, CEO of Pinnacle Commercial Capital who serves on Noble Roman’s board of directors, referring to issues of quality with the take-and-bake product. "But they’ve managed over 48 years to reinvent themselves to stay relevant." Noble Roman’s is publicly traded on the middle tier OTCQB Venture Market.

Scott Mobley, who became president and CEO in 2015 as his father transitioned to chairman, says he saw the speedy growth of other fast-casual brands and decided Noble Roman’s could apply its decades of pizza knowledge to a new concept. "We shy away from using the term ‘fast casual,’" he points out. "We provide a lot of additional service out in our dining rooms. We don’t have full-blown servers, but we keep that customer contact."

Mobley and his team spent more than two years in the R&D phase, making menu adjustments to add salads and baked subs, designing an open dining room with bar serving craft beer and wine, and improving the oven technology to accommodate both traditional thin crust and deep-dish pizzas.

"We make all the dough from scratch and tweaked the oven technology ourselves to accelerate baking times," says Mobley, noting the two-minute cook time for thin crust and under six minutes for deep dish. Customers "are able to get their pizza in record-breaking time," and the variety of sizes and crusts, along with serving beer and wine, differentiates Noble Roman’s from the likes of Pieology or MOD Pizza and expands the opportunity for dinner sales.

Those competitors, says Mobley, "they reach the lunch market very effectively, but 75 percent of the pizza opportunity is at dinner." A "pizza valet" service helps boost carryout orders, which account for 20 percent of sales.

Six units of the Pizza & Pub concept, four company-owned and two franchised, are open in Indiana, with another company store on the way in Brownsburg. Locations are 4,000 square feet and Mobley says existing units are doing between $1.5 and $1.8 million in sales. The initial investment is about $650,000 and includes the franchise fee, buildout costs and equipment.

The brand is targeting regional expansion to start and is focused on finding franchisees, like O’Neil, who have restaurant experience and the capability to open multiple units.

O’Neil, whose second Noble Roman’s Craft Pizza & Pub will open this year in Kokomo, is the largest Dairy Queen operator in the state with 19 locations. In addition to liking Noble Roman’s emphasis on beer and wine, "plus craft root beer and orange soda," O’Neil says the brand complements his DQ operations. "Dairy Queen has its own seasonality curve that’s fairly opposite of Noble Roman’s," he says. "A lot more pizza is consumed in winter months."

And of those fast-casual competitors, O’Neil says several came and went. "They just didn’t have the brand recognition in our state."