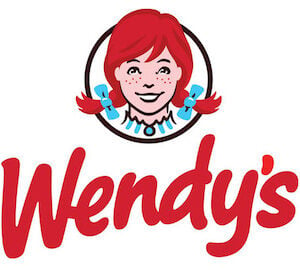 NPC, the nation's No. 2 restaurant franchisee, says it will remodel 90 of the 140 acquired Wendy's restaurants, which former operator DavCo refused to do.

Wendy’s has resolved its three-year battle with DavCo Restaurants, formerly one of its top franchisees that started with the brand in 1976, by buying 140 restaurants from DavCo and selling them to NPC International of Overland Park, Kansas, according to a Securities & Exchange Commission filing June 1.

NPC International had 2016 sales of $1.23 billion, including 1,226 Pizza Hut units and 184 Wendy’s before this latest acquisition, according to the Restaurant Finance Monitor’s list of the 200 largest restaurant franchisees in the United States. It ranks No. 2 on the Monitor 200, a sister publication to Franchise Times.

DavCo had defied Wendy’s call for refurbishing its restaurants and purchasing an Aloha POS system as "violation of the franchise agreements, commercially unreasonable and breaches of the implied duty of good faith." As previously reported in Franchise Times, DavCo said it had invested $325 million to build nearly 250 Wendy’s. The capital costs required for these projects "substantially exceed DavCo’s income and internally generated cash flow," its counterclaim said, and making the investments would "significantly increase the risk of insolvency for DavCo."

That was an answer to Wendy’s claim against DavCo in late 2014, when Wendy’s said DavCo "apparently believes the guidelines announced by Wendy’s simply do not apply to it. As a result, DavCo stands virtually alone among Wendy’s franchisees in combating, and even repudiating, two key obligations at the core of the franchisor/franchisee relationship."

For all the rhetorical fireworks, the case filings in Franklin County, Ohio, Court of Common Pleas are slim after the original claim and counterclaim, and then fizzle out in an October 20, 2016 filing. "The parties stipulate the claims of plaintiff and counterclaims of defendants are dismissed without prejudice," that termination filing said, and the case was closed.

In the SEC filing last week, Wendy’s said the company received franchise fees of $6.4 million upon the closing of the transaction, which will be recorded as revenue. It expects to report a pre-tax loss on the transaction on its next quarterly report. Net cash used by the company in the two transactions at closing was approximately $15.3 million, the filing said.