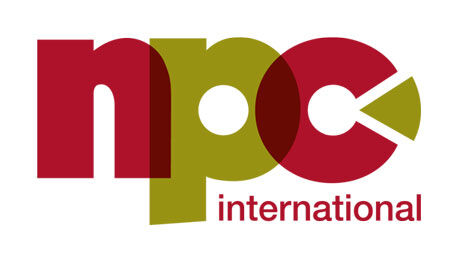 The second largest franchise operator in the U.S., NPC International, has just filed for bankruptcy protection in a Texas bankruptcy court.

The company ended 2019 with more than $1.6 billion in sales across 1,229 Pizza Hut restaurants and 393 Wendy’s locations. It’s the largest operator of domestic units in both concepts. In a statement from the company it said ongoing issues were compounded by the COVID-19 pandemic.

"As our industry has been in the midst of dynamic changes due to shifting consumer preferences and dining behavior, we also have been facing increased labor and commodities costs and a higher level of financial leverage that presents obstacles to achieving our long-term business objectives," said Jon Weber, CEO and president of the company’s Pizza Hut division. "These challenges have been magnified recently by the impact and uncertainty of COVID-19, and we believe it is necessary to take proactive steps to strengthen our capital structure, so we have the financial flexibility to continue to adapt to current industry trends."

The company said the bankruptcy process would be used to strengthen the balance sheet and "optimize our restaurant portfolio."

The filing is among a handful of franchisee bankruptcy filings that have come about during the COVID-19 crisis, but far and away the largest. In all, the bankruptcy filing lists $45 million in debts to the top 30 debtors, including more than $17 million owed to Pizza Hut and nearly $9 million owed to Wendy’s. Early in 2020, the company secured a $35 million loan to improve liquidity, but still defaulted on nearly $800 million in debt. In the filing, the company noted debt obligations were in the $1 billion to $10 billion range.

The company was facing issues well before COVID-19 hit. As reported by Restaurant Business, Moody’s downgraded the company’s credit rating in June of last year. The credit rating entity posted an updated look at the company, maintaining a low credit rating and said issues had been compounded by the pandemic.

According to the agency, "NPC is constrained by weak liquidity, high leverage and low interest coverage, which will be impacted further by the restrictions and closures of its restaurants to help limit the spread of the coronavirus. Given NPC's high capital investment needs, including relocations, new units, and remodel initiatives, it is expected that free cash flow will remain negative and liquidity to be weak."

The agency specifically noted Pizza Hut units were struggling with existential pressures in labor, commodity costs and other pricing pressure that "have led to declining operating results." Pizza Hut has faced numerous issues in the past several years, losing significant market share to Domino’s as it struggled to compete in the convenience economy.

And beyond Pizza Hut, a large portion of the Wendy’s locations under NPC were in need significant investment. That was illustrated in part by a recent acquisition of 140 Wendy’s restaurants from DavCo. The seller in that acquisition had been battling Wendy’s corporate over remodel requirements for years.

CEO of the Wendy’s division, Carl Hauch, said they were getting support from lenders, which would help the company emerge from these difficulties.

"We are very pleased with the support we are receiving from our senior lenders, which demonstrates their confidence in NPC and our potential for long-term success once we get the company in a stronger financial position," said Hauch in a statement.

NPC International was acquired by private equity fund Olympus Partners in 2011. Olympus sold controlling interest in 2018. According to bankruptcy documents, the Olympus fund controlled 49.99 percent of the company at filing and Eldridge Industries controlled another 49.99 percent. The latter joined ownership to turn the company around in April 2018. But by last year, its debt was being sold off aggressively by investors.

While NPC will likely emerge from this action with fewer restaurants and cleaner books, it’s a scary sign for the franchise space that an operator this massive in size faces such risk. While it doesn’t discount the efficiencies of operating at scale, it may give debtors and franchisors alike pause when it comes to supporting massive operations, especially in the quickly consolidating realm of legacy brands like Pizza Hut and Wendy’s.

The mega franchisees have enjoyed easier access to capital and a preferential nod from franchisors that generally like sophisticated franchisees with the capital to take on renovations and drive sales with little support.

The filing also shines the light on private equity ownership of such giant operators. Investment firms have aggressively entered the franchise space lately to enjoy the cashflow and a place to put their dry powder to work. But in this case, Eldridge was slow to infuse promised cash into the company, suggesting it wasn’t ready for the major capital burden of actually turning the company around.