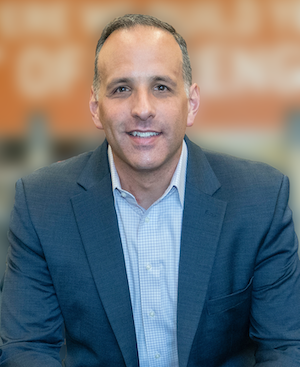 "There's an emotional connection of course but at the end of the day it's business," said Adam Zeitsiff, formerly Gold Gym's CEO and now CEO of Intelivideo.

The former CEO of Gold's Gym, Adam Zeitsiff, has landed a new post as president and CEO of Intelivideo after the new owners of Gold's replaced him with one of their own.

In July, RSG Group of Berlin offered $100 million to buy Gold's Gym out of bankruptcy court from TRT Holdings Inc. in an auction. At that time, RSG's founder and CEO Rainer Schaller praised the franchise as an "institution" and indicated he'd keep working with current management.

"I am incredibly proud that, in partnership with their current leadership team, we will be able to breathe new life into this iconic brand under the umbrella of the RSG Group," Schaller said in a statement.

The day after the purchase was finalized, August 24, Zeitsiff and about 40 others were gone. RSG Group put Sebastian Schoepe, president of RSG Group North America, in charge of the brand, according to Club Industry.

In an interview today, Zeitsiff said he wasn't shocked to be replaced. "I always knew it was a possibility. When our former ownership group put it through restructure, it's always a chance. We've also got overlap with RSG," he said. "They have a terrific group in Berlin, they have great strategy. Listen, we departed amicably and I think they have a strong understanding of the health club space."

Was it difficult nonetheless after an 18-month stint as CEO? "Of course. Leaving a group of people that I consider family, not only my team members but my franchisees, it's never easy. At the same time, I'm still in the industry. There's an emotional connection of course but at the end of the day it's business," he said.

Intelivideo, established in 2014, is a video on demand and digital technology platform that enables gyms and health clubs to offer subscription services to enhance their bricks-and-mortar offerings.

Zeitsiff knew about Intelivideo from his earlier job at Gold's Gym as CIO. "Basically, we're a friend of the health club, and try to help them fend off the disrupters," he said. Franchisor clients include Jazzercise and Title Boxing, among others.

Zeitsiff takes the CEO post from Matt Given, Intelivideo's largest shareholder who is now chairman of the board. "He replaced himself," Zeitsiff said. "He said time to have someone come in with experience, someone who's known in the fitness industry and someone with a technology background."

To recover from the Gold's Gym experience, Zeitsiff believes in "being your own psychologist. And I come cheap," he said with a laugh.