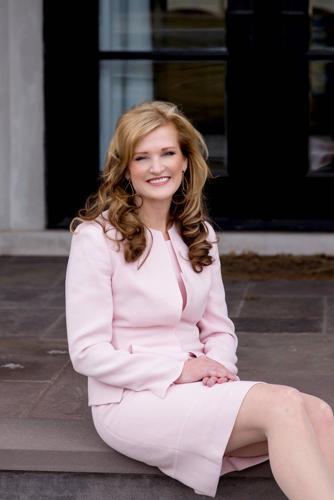 "Some of our franchisees are resistant to doing what is necessary to respond to those market changes, but the health of our brand requires we embrace these changes across the system," said Shelly Sun, CEO and founder of BrightStar Care, in response to the lawsuit.

Three California franchisees in the BrightStar Owners Association are suing BrightStar Care, the home healthcare franchise founded by CEO Shelly Sun, over a new "call option" in its 2022 franchise disclosure document. They call that option unlawful under the California Franchise Relations Act and a violation of California's Unfair Competition law.

The call option gives the franchisor, "at its sole discretion, the right to terminate the franchise agreement and acquire the franchisee's assets at a predetermined price, that may be at less than fair market value and prevent resale in the open market," a press release from BOA says.

The call option is a "poison pill that harms plaintiffs and other franchisees in California by reducing the value of their franchised businesses and potentially making them unsellable," according to the lawsuit.

"There are people that are just literally jumping off the side of the Titanic now, people are trying to get out of Dodge. It's changed everything. It seems like the de-franchising of the system," said Mark Woodsum, president of BOA and an owner of four BrightStar Care territories in Orange County, California. He's been part of the system for eight years.

"There are two concerns. One is, is this the de-franchising of the system, and there are a lot of people right now throwing in the towel. And the other thing that concerns people is, whether you have a company, a car, a house, anything, you hope to have an open market when you're selling. And right now, the marketplace to a certain extent is Shelly Sun," he said.

"I'm one for example. I was considering buying" another BrightStar Care territory six months ago, "and now our attorneys and brokers have advised us, until this is resolved, don't sign anything," he continued. "Don't buy anything. Don't pass go. We're all at a standstill." Woodsum says there are close to 170 owners in the BrightStar Owners Association.

Shelly Sun, founder and CEO of BrightStar Care, said the call option is "imperative with so much changing within the industry. To meet those changes, our brand needs to be able to evolve. What we're seeing is a lot more government pay and third-party pay entering to make homecare more available to more people." Examples are Medicare Advantage and the Veterans Administration.

"Some of our franchisees are resistant to doing what is necessary to respond to those market changes, but the health of our brand requires we embrace these changes across the system," she said.

In addition, "we're in a marketplace where many of our third-party payers are changing how they're going to be paid. Most of our payers have been paid on a fee-for-service basis. They will in the future, if they're not already, be paid on outcomes," she said. "So, it's no longer going to be hourly rate. Quality data, consistency" will be paramount in that "outcomes-based" payment structure.

Shelly Sun and other home healthcare franchise executives discuss the future of the industry.

She defended the call option as a way to allow franchisees who do not want to change to exit the system at a fair price, and pointed out a formula laid out in the FDD that she said includes premiums for sellers.

"We believe them to be an extra amount to franchisees, certainly nothing lower than market would be. And if they disagree with the table, they can seek an independent appraiser and we'll split the cost on that," she said.

Today, most home healthcare is paid for privately, which only a small percentage of customers can afford, "especially as we go into a recession," Sun said, but that is rapidly changing. "It can't only be for the richest of the rich, it needs to be for everyone. That's hard for many" franchisees to understand.

"So I think some are confused and don't understand the purpose of the call option. I think it actually is really, fully intended if the franchisee doesn't want to adapt or won't adapt, that it gives them some means to monetize" their asset.

Attorney: 'It was a shock to me'

Bryan Dillon of Lagarias, Napell & Dillon, attorney for the BrightStar Owners Association, said he hasn't seen a so-called call option in a franchise agreement before. "It was a shock to me, and I was surprised one of my partners thought he remembered seeing these 20, 30 years ago. But I don't remember anything in the last 23 years," when he's been working on franchise contracts.

"I've never even heard of this before. Even calling this a call option, we've done what we call buyout options in other types of agreements, but the difference there being those types of agreements aren't protected by franchise laws. Although it might be perfectly fine in a partnership agreement or some other type of agreement, when you get to a franchise agreement" there are protections against it.

"You've got states like California that have franchise relations laws that expressly prohibit franchisors from coming in and terminating a franchise agreement without good cause. From a legal side of it, to be able to say arbitrarily 'we're going to cancel you' is not going to be good cause. All of these statutes are very similar in states that have this prohibition. Because the franchisor wants to buy you out is not good cause," Dillon said.

The BOA is first challenging the call option in California, with three plaintiffs in the state, and then will look to do so in other states where BrightStar Care operates. "There are 22 states that regulate franchising," Dillon said. "Just in the BrightStar system there are over 100 franchisees in states that have franchise relations laws."

Woodsum said members of the BOA believe Sun wishes to buy out franchisees and make the system mostly corporate-owned in order to attract a strategic partner, such as CVS's recently announced $8 billion offer to buy home healthcare provider Signify.

"She's openly talking about, she's had discussions with strategic partners and things like that. This is on the table, so in order to do that, the call option is necessary. Our view is, this is a trillion-dollar industry. We're a very small part of that, and we've been very successful," Woodsum said.

"My business has grown over the last four years, over 60 percent per year. We have great opportunities, and we feel that we can continue to grow in the niche we're in."

Dillon said, "That's what BOA believes is going on. Their understanding is she wants to roll all these up, either make them corporate stores or have large regional franchisees rather than small franchises."

Sun, a former International Franchise Association chair and a pioneering founder who started franchising BrightStar Care in 2005, rejected the notion her intent is to "de-franchise." BrightStar Care has 365 total locations, 13 of those corporate-owned.