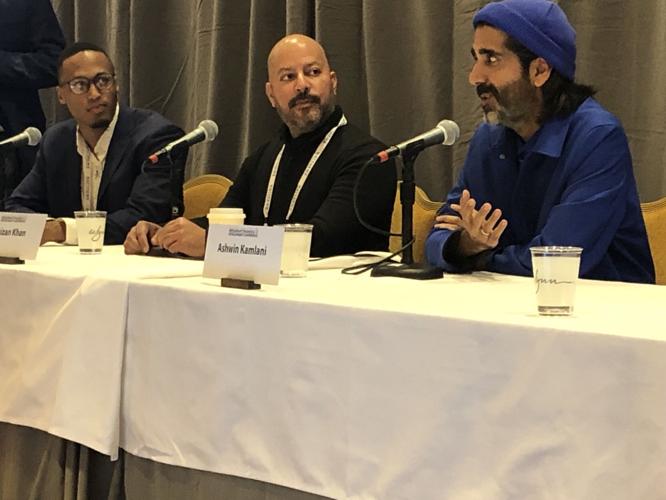 In the restaurant industry, timing can mean everything.

Not only is it a factor with preparing food, it also comes into play when setting menu prices. That was a key part of the discussion Tuesday during a panel about dynamic pricing at the Restaurant Finance & Development Conference in Las Vegas.

Moderated by Food On Demand Editor Tom Kaiser, the panel featured two industry professionals who specialize in setting prices. One was Colin Webb, the CEO of Sauce Pricing. The other was Ashwin Kamlani, the CEO of Juicer, another pricing company whose clients operate more than 4,000 restaurant units worldwide. Multi-unit Dog Haus franchisee Faizan Khan, meanwhile, gave input on how he has used dynamic pricing in the last several years.

“From our perspective, it was all about what the consumer reaction was going to be,” Khan said. “The concern is that you raise prices and you’re going to be selling less product. It turns out that really wasn’t the case. I think there’s a lot of room for consumers in terms of price amounts that they’re willing to accept.”

In Dog Haus’ case, Khan said the franchise system doubled down on its virtual brands and ghost kitchen model during the height of the coronavirus pandemic. As the brand began using the likes of Grubhub and DoorDash, dynamic pricing came into play more and more.

“For me, it was both an interesting experiment that we’re continuing to leverage, as well as, from a business perspective, maximizing those channels outside of the four walls of my restaurant,” Khan said. “It doesn’t necessarily have to only be an increase in prices. The whole idea is to leverage the model and understand when to apply the correct price decrease, filling in those slower time periods and building up volume, then increasing pricing during those high demand periods and really maximizing profits.”

Webb said the goal of dynamic pricing is about giving consumers control.

“When consumers understand how they can be able to get a discount, then they understand dynamic pricing, and they’re OK with it,” Webb said. “Essentially, what we’re looking to do is allow restaurants to give that control to consumers to choose what prices they want.

“Rather than increase your prices blanketly across the board next time costs rise, maybe you decide that you only want to increase them on certain days of the week or specific times of day when it gets really busy,” said Webb. “Then you can still offer those lower price points that bring consumers in while still taking care of your margins.”

“When you look in our industry at UberEats and DoorDash, when things get busy, they’re increasing their delivery fees from $3 to $9 and the customer has a choice,” Kamlani said. “They can either say ‘I actually won’t be ordering anything tonight’ or say ‘I want that food right now.’ I think that proves the philosophy the consumer won’t accept payment of a different amount for the same exact meal is a fallacy.”

Kamlani additionally stressed that dynamic pricing is a thorough process, and not random increases.

“I think sometimes people hear dynamic pricing and they think ‘run for the hills,’” Kamlani said. “That there’s this idea that prices will be crazy, chaotic and changing every five minutes. That’s not what we’re talking about. We’re not talking about doubling or tripling prices the way Uber does when demand is tight. This is about using data to make smarter decisions.”