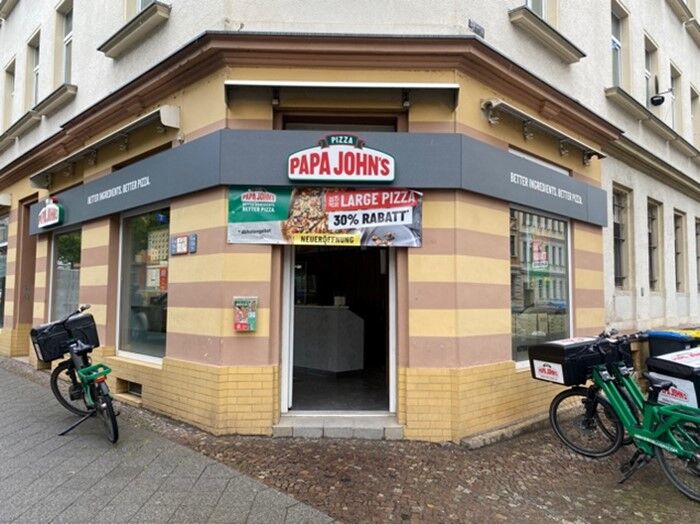 A new Papa John's location in Leipzig, Germany, one of seven under master franchisee PJ Western. 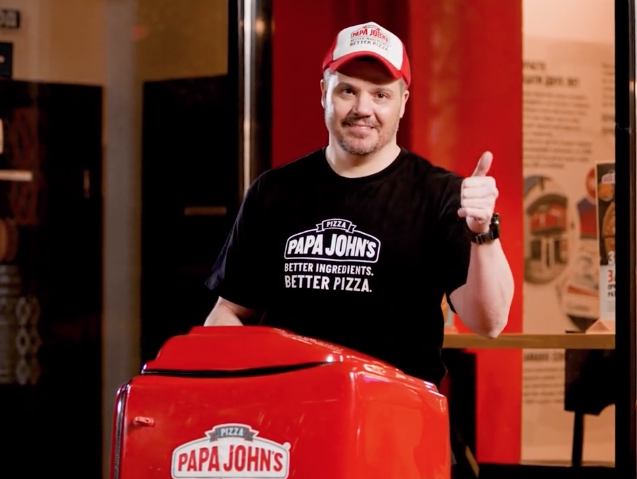 PJ Western, a Russia-based master franchisee for Papa John’s, is expanding. The company acquired exclusive rights to operate and franchise Papa John’s in Poland and Germany and is looking to capitalize on those agreements.

There are 207 stores in the PJ Western system, said CEO Christopher Wynne. The majority are in Russia, aside from seven in Germany, seven in Poland and a handful across Kazakhstan, Kyrgyzstan and Belarus. Roughly 50 percent of the system is sub-franchised, a ratio Wynne hopes to maintain as the company enters its new phase of expansion.

Wynne, a Colorado native, didn’t plan to get into the Russian pizza business. He studied economics at Northwestern and earned a master’s degree in international affairs from George Washington University before traveling to Moscow at age 25 to have a “two- to three-year adventure.” He worked there as a banker and encountered the Papa John’s master franchisee for Russia while negotiating a lease agreement. He purchased a majority stake in the master franchisee in 2007, when the business had just four stores.

PJ Western thinks of expansion in terms of its dough production facilities, which serve as regional supply hubs. The company has ten such facilities across Russia and in Warsaw, Poland, and plans to open another in Western Germany. More tactically, the company is considering several small acquisitions in Germany and Poland. The company made one such transaction in 2019 when it acquired a small chain of Uno’s Pizzerias and rebranded their stores as Papa John’s.

Absent acquisitions, Poland Country Director Grzegorz Ziarek said he expects to open as many as 10 new locations in Poland this year, a pace he hopes to maintain for the foreseeable future. Per an investor presentation, the company wants to open another six locations in Germany in 2021.

According to Ziarek, the company is finding new franchisees through a combination of social media advertising, professional networks and by attending conventions, such as the Warsaw Franchise Fair. He’s fielding a lot of inquiries, and the company is meeting with all interested parties. Pizza “is a tough business,” he added. Before signing any agreement, he has prospective franchisees visit a store to “taste the flour in the air” and learn what it takes to be successful.

PJ Western is planning to finance part of its expansion through a regulation crowdfunding campaign on the platform Wefunder. The company aims to raise between $1 million and $5 million at a valuation of $48.9 million.

Wynne sees the campaign as an “arbitrage opportunity.” Private equity, the typical investor for a company of PJ Western’s size, often assigns a lower valuation to companies than public markets do. Regulation crowdfunding allows PJ Western to raise money at a public market valuation without taking on the regulatory and administrative burden of a true public offering.

As with any fundraising activity, success is not guaranteed. Like Kickstarter campaigns, if the company fails to reach its minimum goal, all money will be returned to investors. PJ Western hasn’t published its investment minimum yet, but Wynne said that if he didn’t raise at least $1 million, he would return the money. It isn’t worth adding tens—if not hundreds—of small investors if you’re not raising big money.

“The Poles love pizza,” said Ziarek, who spent eight years working at Domino’s Poland before joining PJ Western, and the market is competitive to match. The largest chain, Da Grasso, is native to Poland and boasts more than 150 locations. American brands Pizza Hut and the aforementioned Domino’s each have a strong presence, and there’s a teeming ecosystem of local shops and small chains. The German pizza market is similarly competitive.

Despite the added focus on Poland and Germany, the aforementioned investor presentation indicates more than 60 percent of the company’s medium-term unit growth will come in Russia. The company’s brand presence in the country and robust supply chains mean most of the low-hanging fruit is in Russia, at least for now.