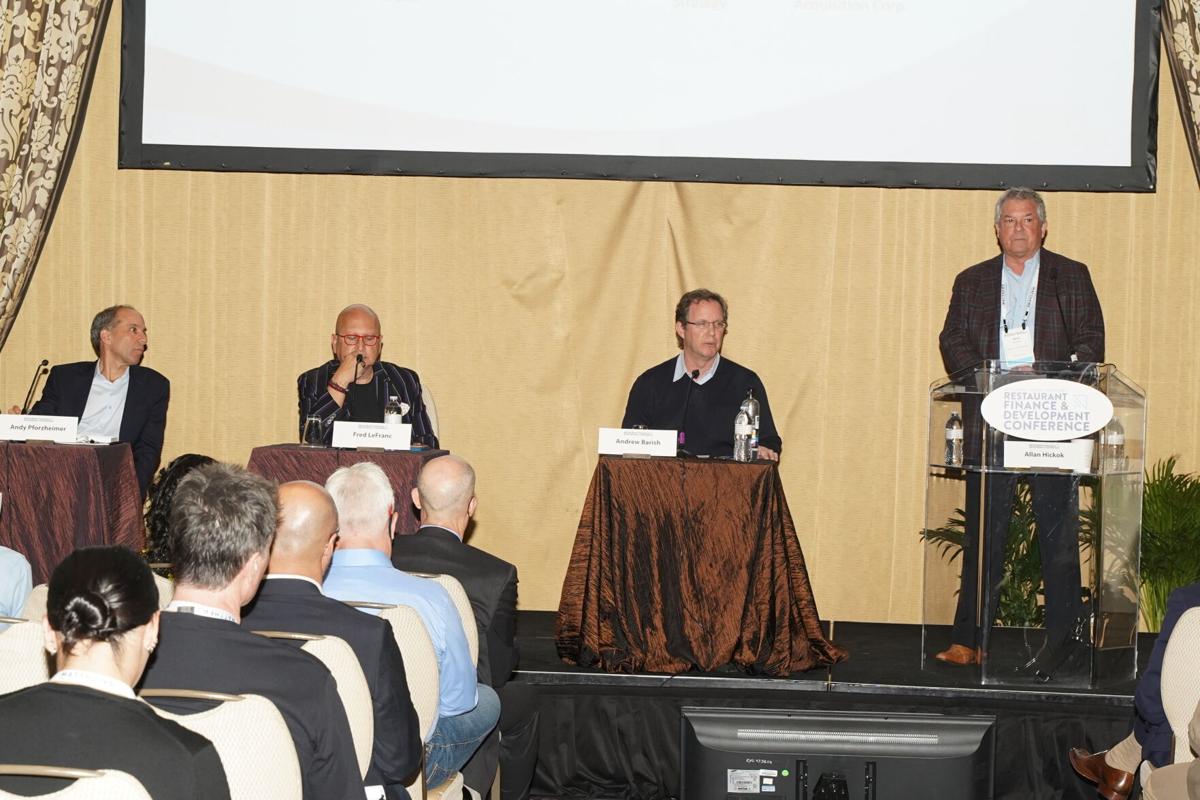 When is the right time to raise menu prices? Right now, said Fred LeFranc, the CEO of Results Thru Strategy, during an inflation-focused session at the Restaurant Finance & Development Conference.

“I have never seen an opportunity to raise prices ever before like we have right now,” said LeFranc. He asked for a show of hands as to who in the room had raised prices, and who had raised prices by 5 percent. He urged those who hadn’t done a 5 percent increase to “go back and raise them again.”

LeFranc then went further: “If you don’t have a delivery menu that’s priced higher than your actual menu, you’re losing money.”

Moderator Allan Hickok, a managing director at Boston Consulting Group, pointed out sharp price increases are not the norm in the restaurant industry. “Fred’s recommending 5 percent. Historically, that was death,” he said. However, he pointed out 2021 is unlike any other year, and that it would be tough to make a “statistically meaningful” comparison between now and any other period.

The day after the panel, the Bureau of Labor Statistics reported that inflation grew faster in October than in any month since 1990, spurred on by supply chain disruptions, rising labor costs and historic COVID-19 relief spending.

Panelist Andy Pforzheimer, a co-founder of Barteca Restaurant Group and member of the U.S. Foods Board, broke inflation down into incidental and systemic issues. Labor inflation, he said, was systemic. “My crystal ball says that labor pressure will come back down, but it won’t go back to where it was.”

Supply chain issues and commodity prices are incidental, said Pforzheimer, although that doesn’t make them any less real or important. The issues are “transitory, but will last so long that it doesn’t really matter anymore.”

“There has been a cycle of panic buying,” added Pforzheimer. Supply chains are about trust, and as long as the trust is broken, there will be shortages, and “as long as there are shortages, people will price gouge accordingly.”

On a more practical note, LeFranc said, “if you want to raise prices, increase experience." Emotion is king for on-premises diner, and “if they don’t feel the love, they’re not coming back.”

To that end, he urged attendees to focus on their employees. “If you’re going to love your guests, love your employees first,” LeFranc said, and in addition to creating a better customer experience, he said doing so would cut down on turnover and attract more experienced employees.

Andy Barish, a managing director at Jeffries, noted many large brands have already significantly raised prices. On a recent earnings call, McDonald’s CEO Chris Kempczinski said the chain had raised prices by about 6 percent. And Chick-fil-A, said Barish, had raised prices by as much as 10 percent. “You can take 5 percent and still maintain that value gap,” he finished.

While the opportunity is clear, pricing power is not created equal. “If you’re a local diner and you raise prices by 10 percent, you’re going to get hit,” said Pforzheimer. Concepts that cater to wealthy demographics, or that differentiate themselves on experience instead of value, may have more pricing power, he said.