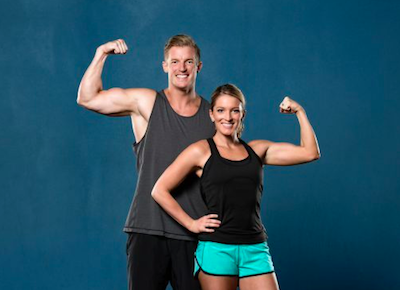 Devan and Morgan Kline, who founded Burn Boot Camp in 2012, say franchisees' passion for the brand and its mission are crucial to its growth. 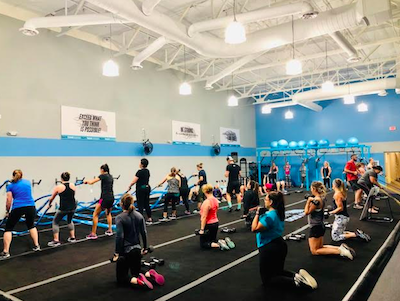 "I want obsessive, raving fans who’ll do whatever it takes to be part of Burn Boot Camp." That’s the criteria Devan Kline uses when considering franchise candidates for his fitness concept, and harnessing that passion is what he and wife and co-founder Morgan Kline say has been instrumental in building their unit count to 200 in just four years.

"If people are looking at multiple fitness brands, trying to decide which one to go with, that’s a big red flag," says Devan, who wants franchisees who only have eyes for Huntersville, North Carolina-based Burn Boot Camp.

It’s that passion and intense commitment to a mission of empowering women through health and fitness that the Klines say is necessary to maintain the feeling of community at each location and keep the authenticity of what Devan calls "the parking lot days."

"The difference between us and most if not all other brands is all we had was each other, rusty dumbbells and the hot sun in a North Carolina parking lot," says Devan of the concept’s founding in 2012 in a parking lot behind a children’s gym. "Most companies are founded on a great workout and technology, but we were founded on community—that’s never been an afterthought for us."

The rigorous, 45-minute workouts that mix a variety of exercises is of course effective, stresses Devan, and the support and accountability within each Burn Boot Camp community only makes it powerful. Devan developed the program after being released from the San Francisco Giants organization, into which he was drafted after college as a pitcher and played two years in the minors. He lived with various host families during that time and says he became interested in helping his host moms with their nutrition and exercise goals, experiences that ultimately influenced Burn Boot Camp’s women-centric approach.

What started with women-only workouts has expanded to include some sessions that are open to men but Devan says Burn’s clientele is still 70 percent female. After crossing the 200-unit mark in April with the opening of gym in Ahwatukee, Arizona (franchisee Tammy Opfer’s first), the Klines are targeting development in California, Washington and Colorado, in addition to growing their existing footprints in areas such as Dallas, Houston, Miami and New York.

As the system gets bigger, the Klines say they aim to remain accessible and visible to franchisees and members. Founders, notes Devan, can find themselves "in the middle of the wheel, losing contact with what’s going on around them" as they scale and build their support teams. "Morgan and I make a point to spend time on the edges of our brand," he says, popping in at locations, keeping up a strong social media presence on their individual Instagram accounts and hosting podcasts, such as Morgan’s biweekly "Coffee & Kettlebells." At the same time, they’ve "invested a ton of money in a leadership team," he says, including hiring VPs of operations and development.

"In 2016 we were out-developing our operations and we never wanted that feeling again," explains Devan. "We’re staffed up beyond what we need right now."

Burn Boot Camp debuted at No. 457 on last year’s Franchise Times Top 200+ with $28.4 million in systemwide sales from 102 units. Look for our updated Top 200+ rankings, based on global systemwide sales, in October.