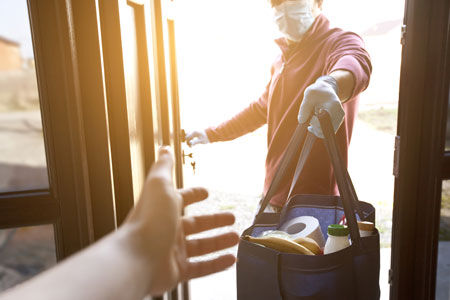 While restaurant results are slowly getting better, improving to the highest new levels since February, growth in August was fairly flat.

Credit card analysis firm Cardlytics put out a report exploring the August trends. While spending on food wasn’t down far from last year, a 0.2 percent decline year-over-year, restaurants are still down and slower to return to normal sales. Full service remains down about 30 percent and limited service is still down about 8.6 percent, according to the firm.

"I was expecting a bit more recovery; what we’re seeing is more of a leveling off. That could be reflective of consumer behavior as it leveled off in places that were hit with the pandemic and were clamping down," said Cardlytics SVP Group Head of Restaurants Matt Drewes. "It’s leveled off, at least it’s not going down."

Black Box Intelligence, a restaurant analysis firm, saw similar results. Overall restaurant sales were down 18.7 percent in June, and negative 15 percent in July, then ticked up to negative 12.3 percent in August. Only a slight plateauing in the blended casual and QSR sales metrics suggested casual dining is improving slightly more as things continue to reopen.

One bright spot continued to be delivery. Spending on delivery was up an incredible 174 percent year-over-year as of mid-August—a record-breaking sales figure for three weeks running.

"What’s fascinating is we’re seeing casual dining come back, they were down 70 percent and now they’re ‘only’ down 30 percent. But delivery is still up, so delivery is still ticking up," said Drewes. "Meal kits and third-party delivery are still doing well versus a year ago. So, it’s not a one-to-one tradeoff."

QSR is another bright spot in his data and elsewhere, surging ahead of limited service and casual dining. According to the restaurant analysis firm MillerPulse, QSR is now comping 3.7 percent better than last year as more people look for low contact, good value and extreme convenience.

The segment did see the same plateauing as the industry at large. MillerPulse data showed sales jumped from negative 6.3 percent in May to negative 1.4 percent in June to positive 3 percent in July—improving just 0.7 percent from July to August. That puts most of the QSR brands in line with company estimates, according to Cowen analyst Andrew Charles. Does that mean QSR is just back to normal? Time will tell. But as the segment tracks at full-year estimates without dining rooms, Charles suggested some additional unit-level profitability as long as dining rooms stay closed.

"This has led to less front of the house staffing given reduced needs to run interior cash registers/clean the lobby. One operator noted reopening dining rooms only led to a 2 percent to 3 percent lift in sales as consumers are broadly not ready to dine inside a quick service restaurant, while the sales lift was not enough to offset added costs from two to three more employees needed for cleaning/sanitation and enforcing social distancing practices inside the restaurant," wrote Charles in a recent research note.

Time will tell how long the plateau will last. The return to school and work will be key things to watch for.