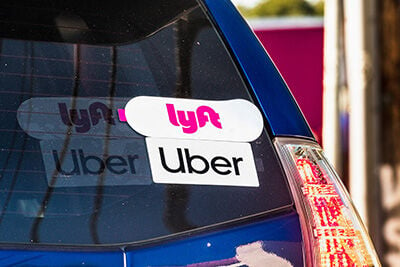 If Uber and Lyft roll out a "franchise-like" model in California to avoid classifying their drivers as employees, as the New York Times reported they were considering in August, would that be good for franchising? Yes, said one franchise leader. No, said another.

Jania Bailey, CEO of FranNet and former board member of the International Franchise Association, is against the idea. FranNet is a brokerage that matches buyers with suitable franchises on its client list. "I can assure you I would not be bringing that into FranNet's inventory in the near future," she said about Uber or Lyft.

"I personally would just as soon keep them outside the tent," she said, noting the services draw protests from drivers and regulatory action from governments. "I think we have enough problems to deal with" in franchising, "but again I just hope that as they explore the options we're not a good alternative for them. If they want to be a licensing, non-franchise model, keep it out of our tent, so be it. But I don't think the issues they're having will be erased by franchising."

Uber and Lyft are contesting a California law passed in 2019 that says they must classify drivers as employees rather than independent contractors, and are pushing a ballot measure that would give them an exemption to the law in exchange for concessions like a predetermined hourly wage and some benefits. Voters will decide the matter in November.

"I find it very interesting because it feels like they're trying to get around that employee situation. And even if they declared themselves a franchise, or even a licensing" operation, "we all know you still have employer issues that we're fighting," she said.

"It felt to me like they're kind of throwing spaghetti on the wall right now to see if something would make sense."

Steve Beagelman, founder of SMB Franchise Advisors, takes the opposite view. "I actually think it's going to be a pretty attractive model for people. Even the current drivers they have now, I think they would be interested in becoming a franchise. It depends on the franchise fee," he said.

"When you look at the janitorial brands, the Jani-Kings and the Coveralls … the individual franchisees are paying a very low franchise fee and now they own their own business," he said. "I think that's probably where Uber and Lyft would end up" if they pursued a franchise-like model.

"I think it would be a little bit of a disruptive model in franchising," he said. "If they position it right, it could be really, really attractive for people to become franchisees."

He said he doesn't know how the IFA would feel about the idea, but the industry is "always looking" for ways to expand franchising. "We want to see good brands coming into franchising. I own a franchise consulting firm, I love the franchising industry … This would be interesting because it would be a total new industry, picking up customers and dropping them off really does not exist in franchising," he said.

"I do think the category is really neat," he said. "I think it's an interesting strategy if they decide to go that route, and I think there'd be success with it."