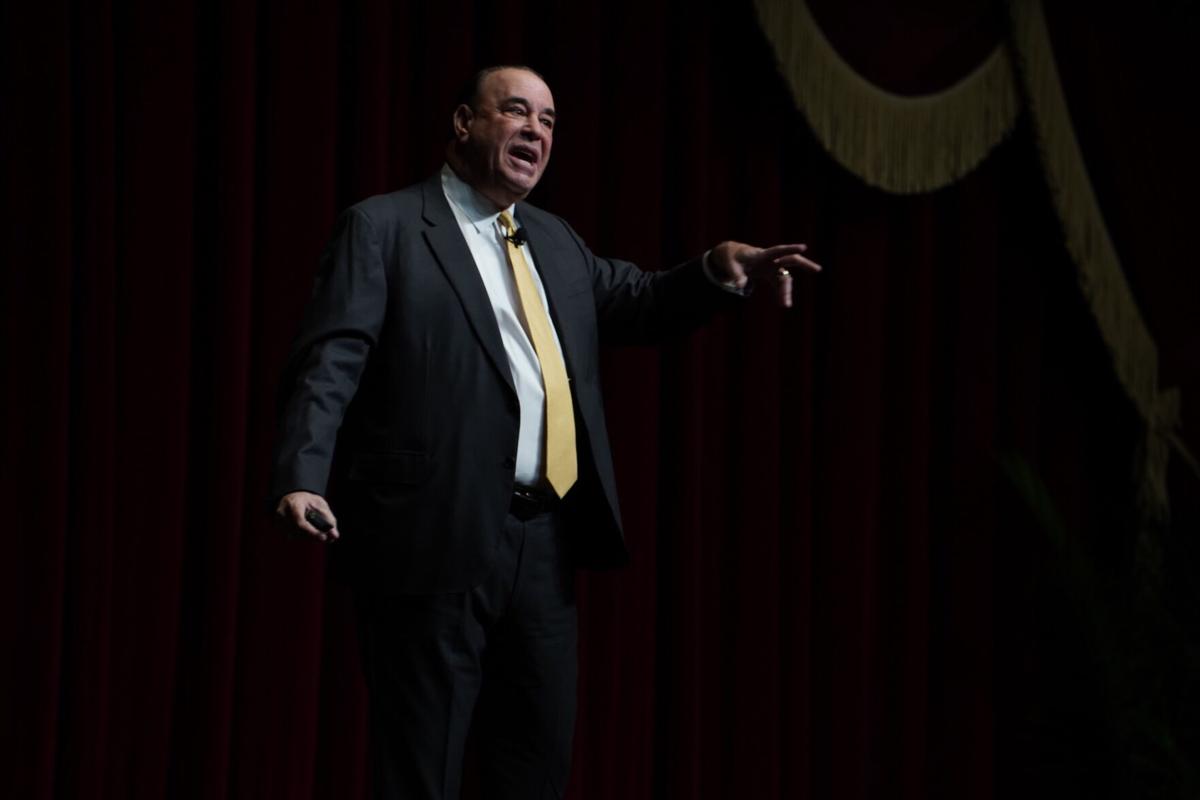 "We are in the business of creating reactions," Jon Taffer tells the audience on opening day of the Restaurant Finance & Development Conference, which runs November 8-10 at the Bellagio in Las Vegas.

“I can spot a fricking failure a mile away,” said Jon Taffer, his voice booming.

“Every failing business has a failing business owner,” he continued, and the common denominator of failure is excuses. “I think our industry leads in excuses,” and that has to change for restaurant operators who want to make it in an evolving and challenging environment.

Taffer, the hospitality expert who draws on his 40-plus years of restaurant and bar experience as the star and executive producer of Paramount Network’s “Bar Rescue,” brought his boisterous personality to opening day of the Restaurant Finance & Development Conference in Las Vegas.

“We can’t leave here doing what we did yesterday,” Taffer told the audience as he recounted situations from his 200-plus episodes of “Bar Rescue” and the lack of owner accountability that emerged as the prevailing reason why their businesses were struggling. He encouraged operators to change the way they think and take action, versus blaming circumstances outside their control. Case in point: the labor crisis.

“For 10 years we’ve been saying we can’t find employees, and what have we done about it?” questioned Taffer. “We’ve been complaining about the same thing for 10 years.”

His Taffer’s Tavern casual dining concept, which he introduced in 2019 and is franchising, was conceived with labor challenges in mind. Working with Cuisine Solutions, Taffer built a menu with dishes such as pork belly skewers, herbed chicken and steak frites which start as packaged sous vide items and are then finished in the restaurant kitchen using combi ovens. There are no raw proteins, items are simple to execute and, as a result, back-of-house labor is reduced to two or three employees, versus six or more in a typical casual dining kitchen.

“Quality and consistency through automation,” is the goal, said Taffer, and he encouraged other operators to follow suit by investing in modernizing their kitchens and implementing technology in the back of the house versus the front, where it impacts the guest experience.

“Attacking the front of house with technology eliminates connectivity,” he said.

Read more about Taffer’s Tavern and its franchise expansion in an upcoming issue of Franchise Times.