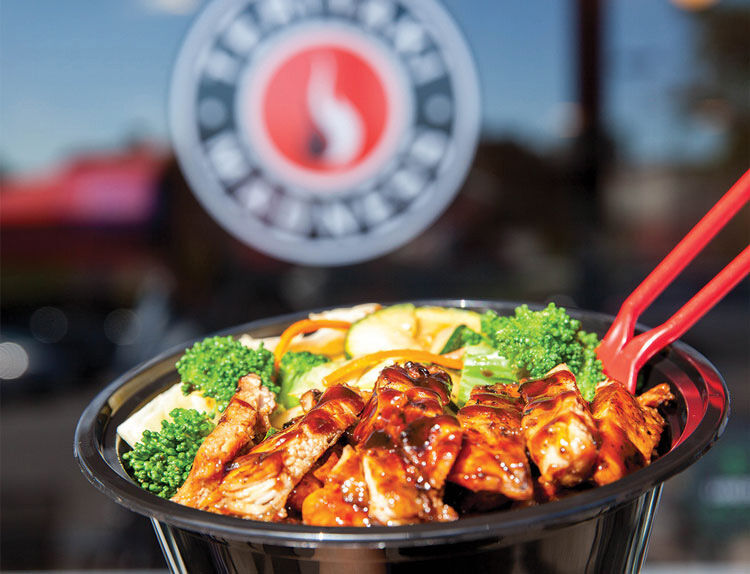 Teriyaki Madness plans to integrate more Instagrammers and other social media influencers into its 2022 marketing effort as the 100-unit brand looks to reach new customers.

Teriyaki Madness has some big goals for the new year, namely tapping into better technology and getting closer to the bowl-loving consumer.

CMO Jodi Boyce said she wants to stay a step ahead of competition and is looking further for the next tools, things like drone delivery, voice ordering and other new ways to make a seamless and convenient brand experience for customers at the 100 restaurant locations. But every new whizzbang needs to fit into the restaurant-level operation. That was a focus for her through 2021; now she's taking it a step further.

"I think convenience is something that has been on the rise in the last several years; now it's just part of the game. Because we were ahead of that technology, and maybe others have caught up, we're so focused on how do we make getting our food even more convenient—letting people order in one click or saying, 'Hey Siri, order Teriyaki Madness,'" said Boyce. "It's all ways to make the process more seamless for the consumer, but also for our shop owners."

She said the company won't consider any new platform unless it's already integrated with technology or can be integrated. That's where a lot of brands at the forefront of the digital transformation of restaurants are working now, and there are scores of new tools and new connections between tools. While they may promise better efficiency here and there, building a new tech stack can mean lots of wasted energy bouncing between disparate tools and systems.

"Nobody has time to have eight separate device or things working individually, they need to work together," said Boyce.

The prior work on technology was part of growing same-store sales by a "crazy" 24 percent year-over-year. The brand is clicking for people who know their favorite bowls and have plugged into the digital process, but Boyce said she wants to invite more customers in.

"Really, 2022 is about cleaning up the system we have and getting more brand awareness out there. Even with our growth, there's a lot of people who don't know about Teriyaki Madness," said Boyce. "If we can get food in people's mind and get them to try it, I know we can grow the brand."

She points to some 2019 research the brand did that highlighted the flavor above all else, so she's looking to trusted influencers to say, "Hey, this is good."

"Maybe toward the later part of 2022 we'll look at more traditional media. But we have so much success in the grassroots efforts, we're having NFL coming to us now, we’re feeding the 49ers next week," said Boyce of the San Francisco 49ers. "And a lot of that is truly grassroots, either we reached out or they tried our food—you can't pay for those opportunities. It's reaching influencers or professional athletes and reaching out is great, but it's even more effective to get the food in their mouths and they do it for us."

Boyce is also looking at small, hyper-local influencers at the market level in a full-spectrum influencer program. One tactic: get muscly Instagrammers to highlight protein-heavy Power Bowls.

"It naturally attracts a lot of athletes and MMA fighters and body builders. It’s a good meal for guys or gals that don't want a salad," said Boyce.

Compared to her work on technology, it's a little harder to measure the impact of the grassroots effort. For a data-loving Boyce, she hopes to track the results as best she can across the spectrum from large, sophisticated influencers to local-protein lovers.

"If we work with any influencer, we're trying to tie something back to us; either pixels in our ads to see if it actually converts. Or even on a smaller micro level, potentially giving followers a coupon a special offer. It's very short term, but that helps us to see if it's actually driving sales because it is hard to measure," said Boyce.