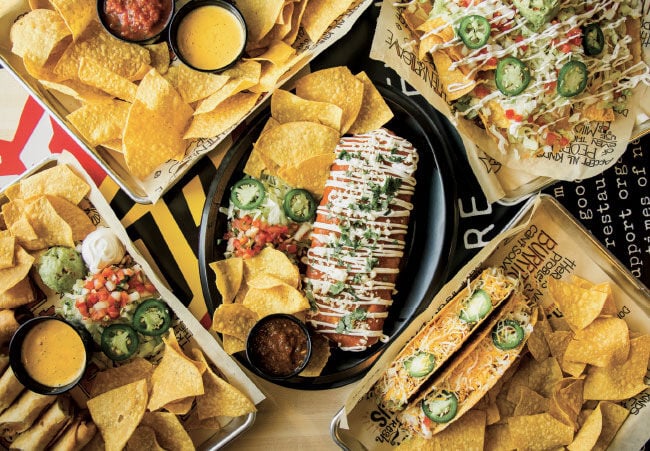 Tex-Mex classics from Tijuana Flats will be in new markets soon as the brand revives franchising. 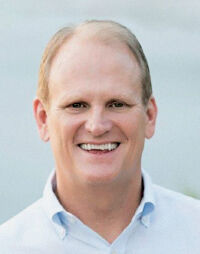 Under the leadership of a new brand-fanatic CEO and well-capitalized ownership group, Tijuana Flats is back in the franchise game.

Founded in 1995, the Tex-Mex chain initially opened corporate and franchise locations, but in 2007 opted to focus on new company stores and the handful of franchisees already in the system. It grew to more than 105 corporate locations and 19 franchise restaurants across the Southeast, and now for CEO Brian Wright it’s a second chance to lead a brand he’s followed for a long time.

“Back in probably 2001 or 2002, I was a part of a couple other brands in Florida. At that point, Tijuana Flats only had three or four locations, but I remember walking into one and the freshness of the food and the service quality really stood out,” said Wright. “I would take some of my colleagues in and said, ‘This is how we should be communicating with guests.’ I used to say this is a brand that is going someplace. Then watching it grow over the years as I came in and out of Florida many times, you could see it was.”

He got the call to put his hat in the leadership ring for the brand when AUA Private Equity Partners acquired Tijuana Flats from the founders in 2015. Alas, he didn’t get the nod back then but got another chance in 2019 as the ownership group started thinking seriously about getting back into franchising.

“When I joined, even through the interview process, we had numerous discussions about reviving the franchise aspect of the business. I joined in March and a year later the pandemic hit, but we were just building out the infrastructure,” said Wright.

Like many restaurant brands, Tijuana Flats had some rough months, which gave Wright a chance to really get in the trenches with the team, he said, and he’s more of a brand fanatic than ever.

“The brand just celebrated its 25th anniversary. I gave an award to a gentleman who was also celebrating his 25th year. How often do you see that? We have a number of people that have been here over 15 years, that’s the kind of loyalty people have had to this brand. We had a couple people who left after 10-15 years and came back after a couple years because they realized how unique this company was,” said Wright. “You can always tell when you walk in and you see that management has pep in their step and the employees are genuinely excited about being together. That was always something you could see at Tijuana Flats.”

The pep in the stores and the passion at the home office helped the brand slog through the worst periods of the pandemic, and its many restaurant patios were an immense help as dining moved outside the four walls. Now, he said, the company is back on track and awarded the first franchise in 13 years to Bob Amin, a seasoned operator who has experience in Marco’s Pizza and Checkers. Amin will develop Tijuana Flats in Panama City, Florida.

Eric Taylor, VP of development for the company, said he hopes the deal with Amin is one of many.

“We hadn’t sold a deal in over a decade, and we had an existing franchisee in Fishers, Indiana, he agreed to build our new prototype, so this is a completely new Tijuana Flats,” said Taylor, who joined in December 2019. “From there, we implemented a lot of tools as we grew the franchise development pipeline.”

He said it was a lot like starting from scratch, with a new customer relationship management system, new PR company and then digging through the proverbial inquiry box for a second deal, also in Florida. He said the new franchise growth and overseeing the development is exciting, but it’s time to spread out. The trick is getting the Tijuana Flats name out there.

“We have really loyal guests and fans; unfortunately there’s only so much territory left in Florida. Most of our inquiries are in Florida, so now it’s about critical mass,” said Taylor. “We’re hoping to replicate that same passionate fan base in these other states. We’ve done that in Indiana.”

He said corporate will open two or three company stores a year and a couple franchise locations as it gets the word out to prospective franchisees. It’s low-percentage growth, but exciting nonetheless.

“Going from no stores to five stores, that momentum is starting,” said Taylor. “People are starting to hear about us.”