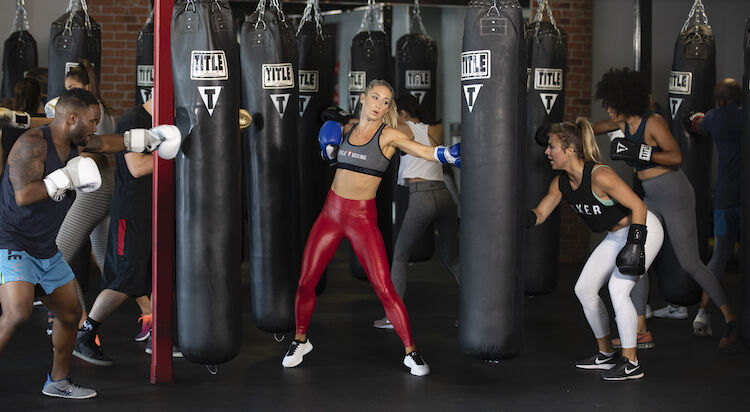 Title Boxing Club, based in Overland Park, Kansas, is now owned by BoxUnion of Los Angeles.

The new owners of Title Boxing Club were still processing their purchase of the 166-unit franchise, the industry's heavyweight, when reached this week. It's an improbably major acquisition for two M&A first-timers (as principals, that is) whose own company, the three-year-old BoxUnion based in Los Angeles, has only three stores.

"It is so exciting, and it's kind of one of those pinch me, did this really happen type of moments," said Felicia Alexander, chief revenue officer and co-founder of BoxUnion.

CEO and co-founder Todd Wadler said he got a call last September from John Rotche, the well-known franchise executive who invested in Title Boxing in 2012 when it had 20 clubs. "When we started BoxUnion, our goal was always to scale it. We've looked at a number of different acquisitions over time," Wadler said.

Rotche was interested in buying one or more boxing franchises, but Wadler turned the tables and said he wanted to be the acquirer. Four months of negotiating culminated in this week's announcement of the closing.

Jose Feliciano, a client of BoxUnion and a managing partner and co-founder for Clearlake Capital in Los Angeles, with $25 billion under management, is the financial backer for the deal, along with Kwanza Jones, the American artist, entrepreneur and philanthropist. The two were classmates at Princeton and their firm is known as KJSI, for Kwanza Jones & Jose E. Feliciano Supercharged Initiative.

Wadler is a finance executive by background and co-founder of investment bank Moelis & Company, so he's advised on many transactions. But this is his first transaction as a principal. "It is different, because at the end of it you own it. An adviser's in there, they understand the strategic, and they understand all those key elements, so there's a lot of stuff I brought to the table, but at the end they say congratulations and bye-bye. And now I'm like let's do it right. This is really what the deal's about, it's about the execution."

Other owners of Title Boxing include David Barr, Shelly Sun, Doc Cohen and NFL superstar Drew Brees. "They remain as minority shareholders. John will continue to serve on the board, and will honestly be a mentor to myself and the team," Wadler said, adding he remains in close contact with Franworth, Rotche and partners' company that provides outsourced services to franchisors.

"Dave Keil is the president of that, and Dave really helped scale and helped sell Pure Barre to Xponential Fitness, and I have calls and emails every day. So we are tapping into some amazingly talented people," Wadler said.