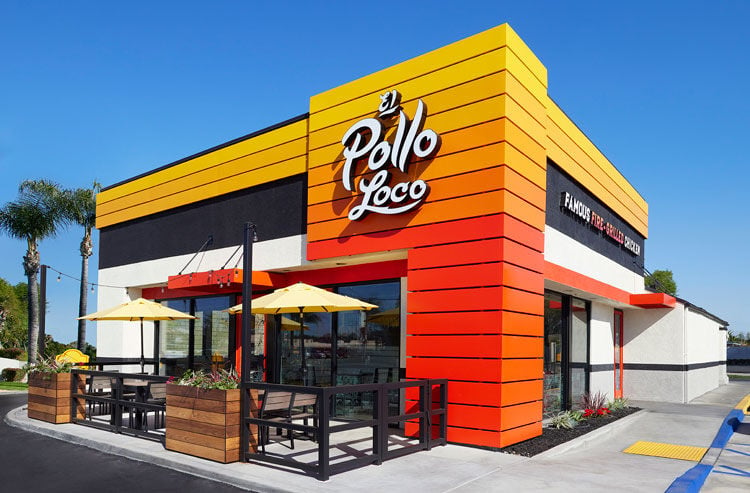 When Bernard Acoca joined El Pollo Loco (Nasdaq: LOCO) three years ago, he got to work on a grand transformational agenda that would revitalize the brand and get it ready for the next phase of growth.

While sales were increasing, location growth plateaued in recent years, which Acoca sought to address with a capstone project of that transformation: new-market growth. Though the COVID-19 pandemic delayed these efforts—El Pollo Loco, with its heavy drive-thru presence, reported same-store sales dipped slightly (0.2 percent) through the full year of 2020—Acoca is excited to move forward.

"This is really the culmination of three years of work. The board of directors said essentially this is a billion-dollar unlock, how to grow outside the geographical stronghold of the Southwest," said Acoca. "It's always been a regional brand. When they tried to grow outside, it hasn't been successful."

The company went to Atlanta, Philadelphia, Chicago and Boston in years past, but the markets didn't perform well and the company retreated back to the strongholds of California, Texas and Nevada.

"One of the things I did early on was ask why, why did this occur? What I quickly saw was fundamental building blocks had not been put in place to ensure sustainable success of these restaurants when we entered a new DMA" or designated market area, said Acoca. "What we did was create a transformation agenda that not only served as a strategic North Star for us but a blueprint to get us to where we are now, about to scale the brand very rapidly."

The plan, he said, took a hard look at all aspects of the concept and broke it down into four key pillars: culture, differentiation, operations, profitability.

That led to big cultural changes at the franchisor level, with a lot of help from franchisees who "were a lot further ahead, so we learned as much from them as we taught," said Acoca.

It led to a "strategic brand filter" for every decision to clearly define the brand, something he said was not done before. That informed a new design that highlights fire to evoke the flame grill at the center of the restaurant.

Somewhere between there and the operational pillar, the company also slashed the menu by 20 percent to simplify operations, speed up service and highlight the essential El Pollo Loco items. How those core items were prepared was also dramatically simplified.

"Our biggest strength of the brand was the high-quality food that we served. It takes an hour to cook a single piece of chicken, our guacamole is handmade every day, I can go on and on, but our strength was also complexity," said Acoca. "We had to simplify the operating platform, so we took an ops manual that was once 750 pages in length to 74 pages. Blowing up a 30-year chicken-cooking process that had four stages and three grill settings. Now it's one stage of the grill and one temp setting and a brand new, 19-year-old kid who joins us can learn it in a few hours."

All the restaurant recipes were reduced to six steps or less without cutting corners on flavor or quality, he said. All that brought order times down to just 45 seconds, better than the original goal of cutting drive-thru times in half.

The final pillar, profitability, was achieved partly through that simplification and reducing some ingredients with the slimmer menu, but also with a new prototype with some built-in COVID-era features.

"What does that in-restaurant dining room need to look like post COVID? We came to the determination that we needed a dining room in some of the prototypes, but it didn't need to be as big as before," said Acoca. "We needed a very flexible and modular design so in certain trade areas we don't need a dining room, we can do an outdoor pickup and a patio. Or in a suburban area, you could have a dining room in addition to all that."

The new prototype can flex down to as small as 1,300 square feet with those modular options adding on from there. That's a dramatic reduction from the prior 3,200-square-foot prototype. It also chops about $300,000 in buildout costs. New builds went from $1.8 million for the prior prototype to about $1.5 million. He said remodels are about $300,000 to update a location to the new look.

All of that together, said Acoca, will help the brand attract franchisees in new markets and help new customers understand the key differentiators and spend less time examining a sprawling menu.

"Where you'll start to see geographical expansion is very late in 2021, that starts to pick up in 2022 and then the brand gets back to its stated objective of 5 percent annual new-unit growth by 2023," said Acoca. "It keeps on picking up and over the course of the next five years we'll be looking to add 140 to 150 locations."