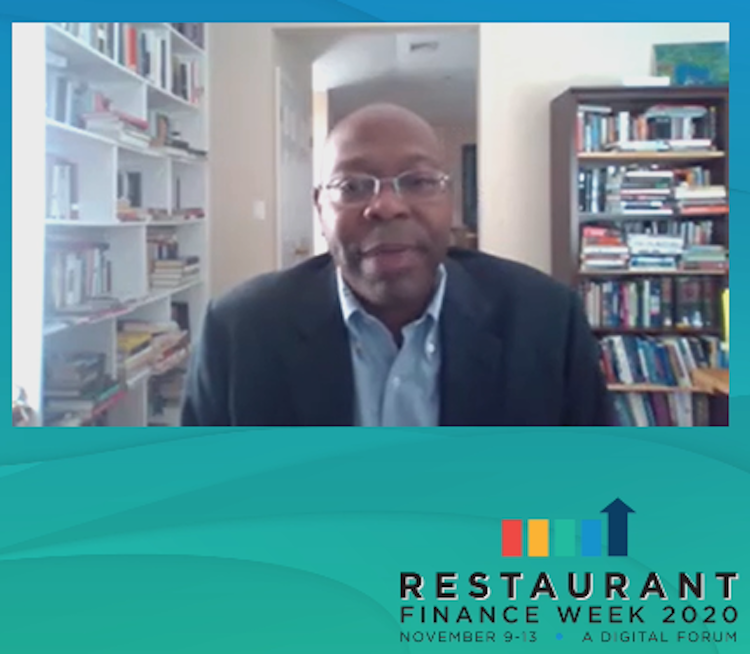 "I look at this as more of a rejection of Trump personally, than a rejection of sorts of the Republican populism that he represented. I think that populism has some staying power," said Jason Riley, Wall Street Journal columnist, speaking during Restaurant Finance Week today.

Wall Street Journal columnist Jason Riley broke down the election today in a lively exchange with the Restaurant Finance Monitor's John Hamburger on day two of Restaurant Finance Week. "The first thing I will say is, I believe we can trust the results," he said.

"Yes, there will be some irregularities found, there always are, but I don't think they will rise to the level" of changing the outcome. "When all of the counting is done, I do think Joe Biden will be the winner."

Riley, also a senior fellow at the Manhattan Institute think tank and the author most recently of "False Black Power," said the current kerfuffle over President Trump's lack of concession is not a big deal. "President Trump may not concede, and he doesn't have to," he said. "It's a tradition, it's a nicety, but he is known for breaking with norms and I wouldn't be surprised if he does it again. On January 20, he will be a civilian," and can be escorted from the White House grounds if needed.

So why did Donald Trump lose? "The main reason is the virus," Riley said, noting the last incumbent president to lose was George H.W. Bush in 1992. Prior to the pandemic, "President Trump was coasting to re-election. I don't think he's handled the pandemic well and it cost him this year. People are worried…they're facing bankruptcy, and the virus has thrived. I think people are scared. They're looking for empathy from the president, for reassurance. I don't think he was able to pull that off."

As to what the loss means to the country, Riley said, "I look at this as more of a rejection of Trump personally, than a rejection of sorts of the Republican populism that he represented. I think that populism has some staying power."

Riley pointed out Trump's numbers, more than 70 million votes this year, up from 63 million in 2016.  "People are done with Trump, but not Trumpism. I don't think Biden has a mandate other than get COVID under control and not be Trump," he said. He doesn't think voters are looking for progressive policies such as the Green New Deal, statehood for Washington and the like. "If they wanted those things, I don't think they would have voted for divided government to the extent that they did."

Biden sold himself during the primary as the one Democrat running who could win back the Upper Midwest states that voted twice for Barack Obama and then switched to Trump in 2016, Riley said. While Biden won those states, "what's interesting is he didn't win them on the strength of flipping back those voters. Donald Trump held on to those voters by and large in those states. Biden won by turning out voters who had stayed home for Hillary Clinton, and I think that's an important distinction," Riley said.

The Monitor's John Hamburger asked Riley if he was concerned Biden's administration would enforce a more "draconian" policy around the pandemic. "I am," Riley said, referring to Biden's newly created pandemic task force. "Partly it has to do with who Biden is surrounding himself with in the transition. David Kessler is one and Ezekiel Emanuel, particularly Emanuel, have been very vocal about lockdowns, quite draconian lockdowns, and that concerns me."

Hamburger's final question—who is the Republican frontrunner for 2024—brought an answer sure to thrill President Trump's supporters and horrify his detractors. "Donald Trump," Riley said. "He could say, 'Let's get our revenge, vote for me again.' But until he makes up his mind the field is kind of frozen on the right. If he decides to run again, he will hit the ground running."