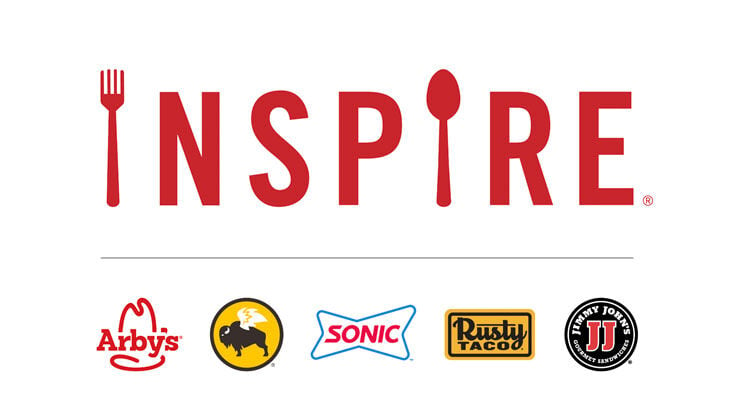 According to insiders, Inspire Brands is set to acquire Dunkin' in a nearly $9 billion deal.

Dunkin' confirmed the discussion in a statement.

“Dunkin’ Brands confirms that it has held preliminary discussions to be acquired by Inspire Brands," read the statement. "There is no certainty that any agreement will be reached. Neither group will comment further unless and until a transaction is agreed.”

Until there is confirmation one way or another, it's worth taking a look at what a Dunkin' acquisition would do for Inspire.

At an estimated price of $106.50 per share, the $8.8 billion price tag is a $400 million premium to the company's enterprise value and a very high premium. Peter Saleh of investment banking firm BTIG wrote that would imply a 25 times trailing earnings and "the highest acquisition multiple of a franchise operator in recent history."

By comparison, Inspire paid about 10.9 times earnings for Buffalo Wild Wings at a 7.2 percent premium to where shares were trading, and paid a 19 percent premium when it acquired Sonic at a 15.8 times earnings. That's a steep price, but it starts to make some sense when digging into the details.

At $14.6 billion in system sales for Inspire, the addition of Dunkin's $10 billion and Baskin-Robbins' $2 million (both year-end 2019 in our Top 200+ reporting) would bring overall system sales to about $26.6 billion. That's, of course, before the impact of the COVID-19 pandemic, which Saleh predicts will be a 4.6 percent same-store sales hit for 2020.

The acquisition of Dunkin' (No. 17 on the Franchise Times Top 200+) would bring earnings and efficiencies almost immediately. According investment professional and Restaurant Finance Monitor contributor Roger Lipton, those synergies are not insignificant.

"It wouldn’t surprise us if the numbers crunchers at Inspire have figured out that somewhere between $100 and $200M could be saved, out of the total of over $700M in ads and G&A," wrote Roger.

The acquisition would nearly double the footprint for Inspire as well. With more than 21,000 global locations, a deal would bring the overall Inspire location count to 32,000 around the world. And as Lipton pointed out, Inspire would also get Dunkin's coffee—among the most favored coffee in the U.S.—and Baskin-Robbins' ice cream. The coffee alone could be big money, especially as the breakfast daypart becomes a competitive hotbed.

"Dunkin's 21,000 points of distribution could become more like 31,000, with minimal incremental investment by various franchisees. If 10,000 existing Inspire locations do something over $10B systemwide, a 5 percent addition to sales (throughout the day from Dunkin’ products) would add $500M to sales," wrote Lipton.

Above all, the acquisition meshes very well with what CEO Paul Brown said when he first started Inspire Brands under the Roark Capital umbrella.

"This is quite a bit more similar to how hotel companies have sorted out where you have very distinct brands, very complimentary brands that span a broad price or occasion spectrum," said Brown. "We believe the time is right to create a different kind of restaurant company—one with a broad portfolio of distinct brands across a full spectrum of restaurant occasions."

He also said previously that the difficulties of the restaurant business become easier at scale. Major investments in delivery and digital infrastructure (like the recent ItsACheckmate rollout) are two expensive areas that get a little easier when a company spreads the investment over 32,000 locations compared to 11,000.

There is planned growth, too, and COVID-era considerations, as Saleh outlined.

"Previously, management had established a long-term potential of over 17,000 Dunkin' units in the U.S., compared with about 9,600 at the end of the second quarter of 2020. We do believe Dunkin's drive-thru access, convenience and focus on digital gives the brand an upper hand in the current environment," wrote Saleh.