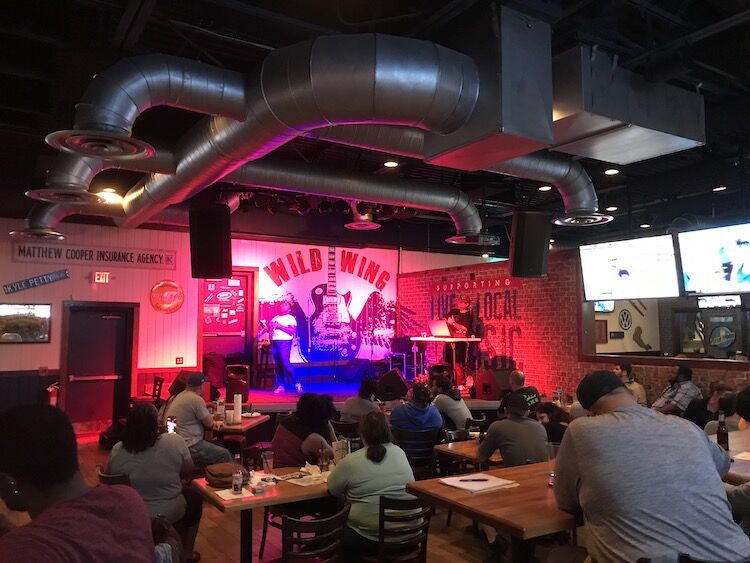 Established in 1990 as a small beach restaurant on Hilton Head Island, South Carolina, Wild Wing Cafe is now owned by private equity firm Axum Capital Partners and has 44 locations across nine states, mostly in the South and East. 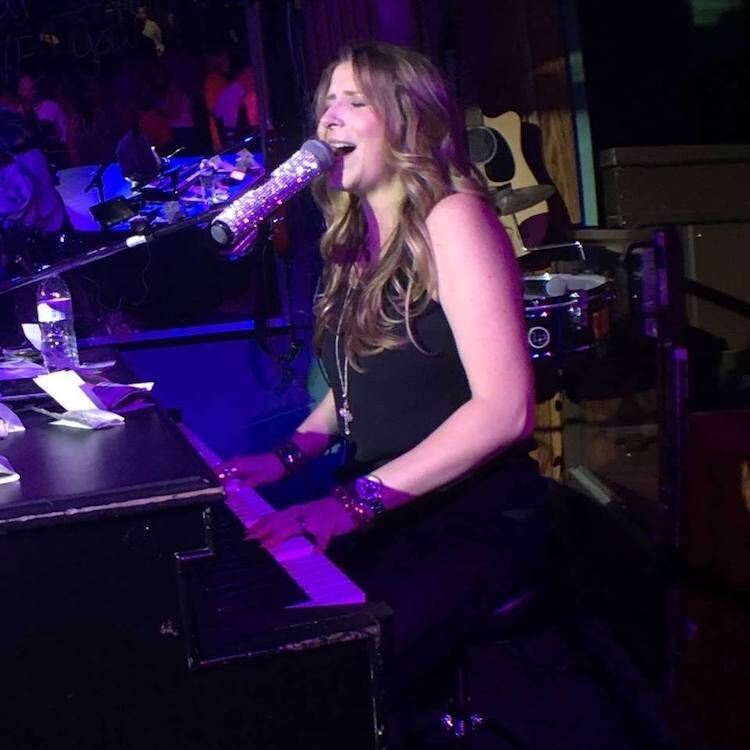 Jennifer Siebenaler, Wild Wing Cafe’s director of entertainment, is a musician herself who sings and plays piano and drums and has performed regularly at Wild Wing Cafe locations since she started her role in November 2017.

Wild Wing Cafe has reinstated live music at all 18 corporate restaurants while implementing COVID-19 safety precautions, such as limiting the number of performers and making sure musicians and customers wear masks unless singing, eating or drinking. A few of the brand’s 26 franchise locations have also reinstated live music, depending on state regulations.

“Bringing back music, we wanted to keep musicians and customers safe, so we started small,” said Jennifer Siebenaler, Wild Wing Cafe’s director of entertainment. “We’ve been known for big bands, so it was taking a look at, how can we still throw a safe party with an acoustic person, someone just on guitar.”

Siebenaler, a musician herself who sings and plays piano and drums, performed regularly at Wild Wing Cafe locations when she started her role in November 2017. “I ended up performing myself at the beginning of the pandemic, I wanted to show it can be done, you can still have a fun party with just a piano player who sings. It doesn’t have to be a full six-piece band.”

Timing was another consideration. Wild Wing Cafe is headquartered in Charlotte, North Carolina, which instituted a 10 p.m. curfew for businesses recently to help curb the pandemic. Since most bands played within the 9 p.m. to 12 a.m. timeframe at Wild Wing Cafe pre-COVID, they had to adjust live music to start at 6 p.m. and end at 9 p.m.—smack dab in the middle of dinner. This was another reason to limit the number of performers, because “You can’t have a full six-person band playing in a small restaurant, no one could hear and enjoy their dinner,” Siebenaler said. “It was finding a balance and happy medium.”

“Plus, a six-person band can’t really be socially distanced, but with one or two people you can be farther apart, so no one feels the anxiety of people screaming or spitting when they sing,” Siebenaler added. “It’s about making sure everyone feels a sense of safety and security.”

Established in 1990 as a small beach restaurant on Hilton Head Island, South Carolina, Wild Wing Cafe is now owned by private equity firm Axum Capital Partners and has 44 locations across nine states, mostly in the South and East. Specializing in wings and signature sauces, the sports bar chain has featured live music since its inception and has provided musicians a stage to launch their careers. Edwin McCain, Zac Brown Band, Hootie & the Blowfish, Luke Combs, Andy Grammar, Hunter Price and other musicians have performed at a Wild Wing Cafe.

“This is our big little secret,” said Sharyn Hooks, Wild Wing Cafe marketing director in a statement. “There are so many musicians that started out playing free concerts on our stages and graduated to playing in sold-out arenas 10 years later.”

For Siebenaler, finding a way to continue featuring local artists in a live music format was crucial when COVID-19 hit—so she helped establish Friday Night Live in April 2020, where every Friday, a local band or singer performs on Wild Wing Cafe’s official Facebook via livestream. Siebenaler herself performed on the platform, making sure to send artists food or a gift card to help support their families, because the musicians on Friday Night Lights were playing for free other than Venmo tips from audience members.

When restrictions lifted and they could have dine-in and live music again, Friday Night Live turned into Friday Night Lights at the restaurants—but if customers aren’t comfortable with dine-in yet, they can still catch the former on Wild Wing Cafe’s YouTube channel, which Siebenaler hosts.

Siebenaler is also helping open a new Wild Wing Cafe location near the University of North Carolina at Charlotte, complete with an indoor stage and outdoor stage and slated to open with a weekend of festivities and music on February 25.

“I live in the area and there’s nothing else like it. It will make an awesome concert venue, and we’ll have a large area for cornhole tournaments outside,” Siebenaler said. “Musically it’s going to be my baby. I’m planning on doing Monday nights with Jen, an open mic with featured artists I’ll bring in and introduce, plus I’ll be podcasting from there, making it an event venue and pushing live music.”

Wild Wing Cafe opened two locations during COVID-19 and plans to open another four restaurants this year. The initial investment for a Wild Wing Cafe franchise ranges from $750,000 to $3 million.