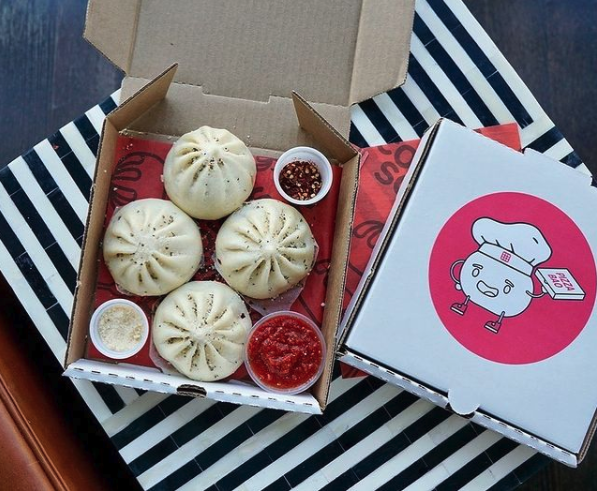 At least 50 Wow Bao restaurants will operate out of Franklin Junction host kitchens across the country, according to a joint announcement released by the companies. Based in Chicago, Wow Bao is an Asian fast-casual restaurant franchise that has been an early adopter of many new-age technology formats, including locations without any servers or cashiers and pickup cubbies with delightfully animated video screens.

Franklin Junction will launch the Wow Bao menu in 50-plus of its host kitchens throughout the Northeast and Mid-Atlantic states this month, followed by a nationwide expansion in the first half of 2021. Wow Bao will be available for delivery through Franklin Junction’s national partnerships with DoorDash, Postmates, Uber Eats and Grubhub.

“Wow Bao is a perfect addition to our host kitchen portfolio,” said Aziz Hashim, founder of Franklin Junction. “Their off-premise model has been built to allow restaurant hosts to quickly launch a virtual concept and add to their sales and profits using prepared Wow Bao menu items that have minimal equipment requirements and low impact on host kitchen operations.”

“This is an exciting new initiative for Wow Bao,” said Wow Bao President Geoff Alexander. “Our partnership with Franklin Junction will be our largest expansion to date, bringing us to over 100 host kitchens nationwide. We see this relationship as an opportunity to help even more restaurants increase margins and profits as we continue to navigate through the pandemic.”

Franklin Junction was created in April 2020 as an opportunity for restaurants to monetize the excess capacity of their kitchens. There are 300 host kitchens in 35 states on the Franklin Junction network, mostly in Ruby Tuesday locations, with another 200 expected to be operational by early next year.

“Our goal is to help small- and medium-sized restaurant owners participate in the fast-growing online sales channel on a par with the largest operators who have significantly more resources. We level the playing field,” added Hashim.

Franklin Junction is owned by NRD Capital, which is a private equity firm that owns Ruby Tuesday, Frisch’s and Fuzzy’s Taco Shop.

This story originally appeared in Food On Demand, a sister publication to Franchise Times.