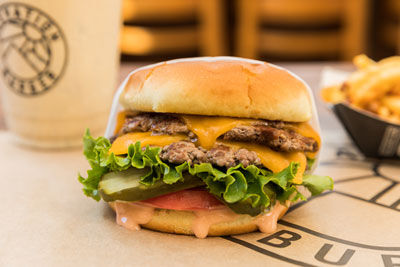 FAT Brands’ acquisition of the 44-unit Elevation Burger in June added a "significant East Coast presence, which Fatburger does not have," says Andy Wiederhorn, CEO of the LA-based franchisor.

He’s had a tough time getting financing, which has constrained FAT Brands’ acquisition pace. "It’s been a slower build than we want, meaning we have a very, very full pipeline of brands we would like to acquire and we are having to work a little bit harder than usual on the financing side of things," he said. "It’s important to us that we get the right capital structure."

After a transaction failed last year, Wiederhorn said, FAT Brands borrowed $20 million from two investment funds managed by Sardar Biglari, Cracker Barrel’s largest shareholder, after Biglari sold some of his Cracker Barrel holdings. Wiederhorn called it an "expensive bridge loan," which accrues interest at an annual fixed rate of 20 percent, but said it allowed for flexibility. Biglari’s loan to FAT Brands was used to repay its existing $16 million term loan with FB Lending. The new loan matures on June 30, 2020, according to SEC filings.

The $10 million purchase of Elevation Burger was made with $50,000 in cash, warrants to buy 46,875 shares of FAT stock at $8 a share, and a seller’s note with a principal amount of $7.5 million at 6 percent per year and maturing in July 2026. The Biglari funds lent an additional $3.5 million to FAT in connection with the acquisition

FAT Brands filed on June 3 a preferred stock and warrants offering seeking to raise $30 million. "I think that will be interesting to bring to the

Beth Ewen reports mergers and acquisitions news in the franchise space in the monthly Dealmakers e-newsletter. Sign up at Franchisetimes.com/e-newsletter.