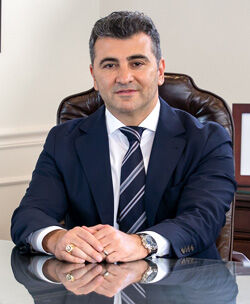 Askar Brands is a newcomer to Dunkin’, buying a 47-store package in Southeast Florida, one of its top markets, from Cafua Management Co., so the group was examined every which way by the franchisor before the deal was signed.

Founder and Chairman Casey Askar is fine with that. "I appreciated how particular the brand is and how they choose and approve their franchisees. I was looking for a brand that was very difficult," he said, because he was particular himself, having spent a couple of years researching franchises before targeting Dunkin’.

"They obviously did their homework. I think what they liked with us is we had the operational know-how, the track record. And we had the finance piece. Being a family office" that also operates petroleum, restaurant and other brands, "we were kind of a one-stop shop for them."

What does he like about Dunkin’? "They really think far out, and they really want to see their franchisees committed long-term," he said. "They’re not looking for private equity to come in with their typical five- to seven-year" dip in and dip out.

Askar Brands has been heavy into the petroleum space, including at one time buying a large bulk plant out of Naples, Florida, and supplying fuel and collecting the rent at 97 gas stations. He wanted to pivot back into quick-service restaurants and last July bought 45 Church’s Chicken units from Falcon Holdings. That and the Dunkin’ package are operated under the name Southeast Enterprise Holdings.

David Paris of Paris Ackerman provided legal advice for the deal; the law firm has driven multiple deals for Dunkin’ franchisees, many of whom operate in the Dunkin’ stronghold in the Northeast who want to bring the brand to newer locales with more white space.

A co-working office space franchise, a garden-to-bowl concept celebrating 15 years in business, and the new Famous Dave's parent BBQ Holdings are among those scooping up new brands or beefing up their ownership ranks in this month's issue. Plus Neighborly adds yet one more.

On the heels of its 15-year anniversary, Giardino Gourmet Salads inked a deal with its largest multi-unit franchisees, Jaime Mitrani and Robert Fuerth, to join the brand’s founders as part of its new ownership group. The fast-casual garden-to-bowl concept operates nearly 20 locations across Florida and has plans to expand in Fort Lauderdale, West Palm Beach, Orlando, Tampa and Sarasota.

Matt Clifford, former senior vice president of Eastern U.S. operations at Gold’s Gym, acquired 24 company-owned locations in the Washington, D.C. area. The former executive turned franchisee began his career as a front desk associate at the Gold’s Gym Van Ness location. Now, he and CFJ Holdings—Clifford’s franchise group including corporate veterans Brenda Jorgensen and Josh Fuglsby—collectively own 24 out of 40 Gold’s Gym locations across D.C., Maryland and Virginia. "It’s one of those situations that’s a rare win-win in a business deal, and I think we were able to achieve that with this transaction," Clifford said.

Venture X, a membership-based coworking space for entrepreneurs and businesses, acquired three Serendipity Labs properties in Charlotte, North Carolina, and Charleston and Greenville in South Carolina. The two South Carolina locations are already converted and operating, and the Charlotte location will open April 1. "For Venture X and myself, it puts the Carolinas on the map," said Tyler Evans, current franchise owner of Venture X Durham-Frontier RTP in North Carolina. "It means a regional hub for us, for our members, and for Venture X." A part of United Franchise Group's (UFG) family of companies, Venture X will now have five locations across the Carolinas.

Staffing provider Express Employment Professionals acquired Frontline Recruitment Group, a recruiting and staffing company with 31 locations in Australia and three in New Zealand. Frontline franchisees will maintain ownership of their individual offices, continuing to exist under the Frontline brand and providing staffing solutions in areas of retail, hospitality, health, education, construction, and IT and digital.